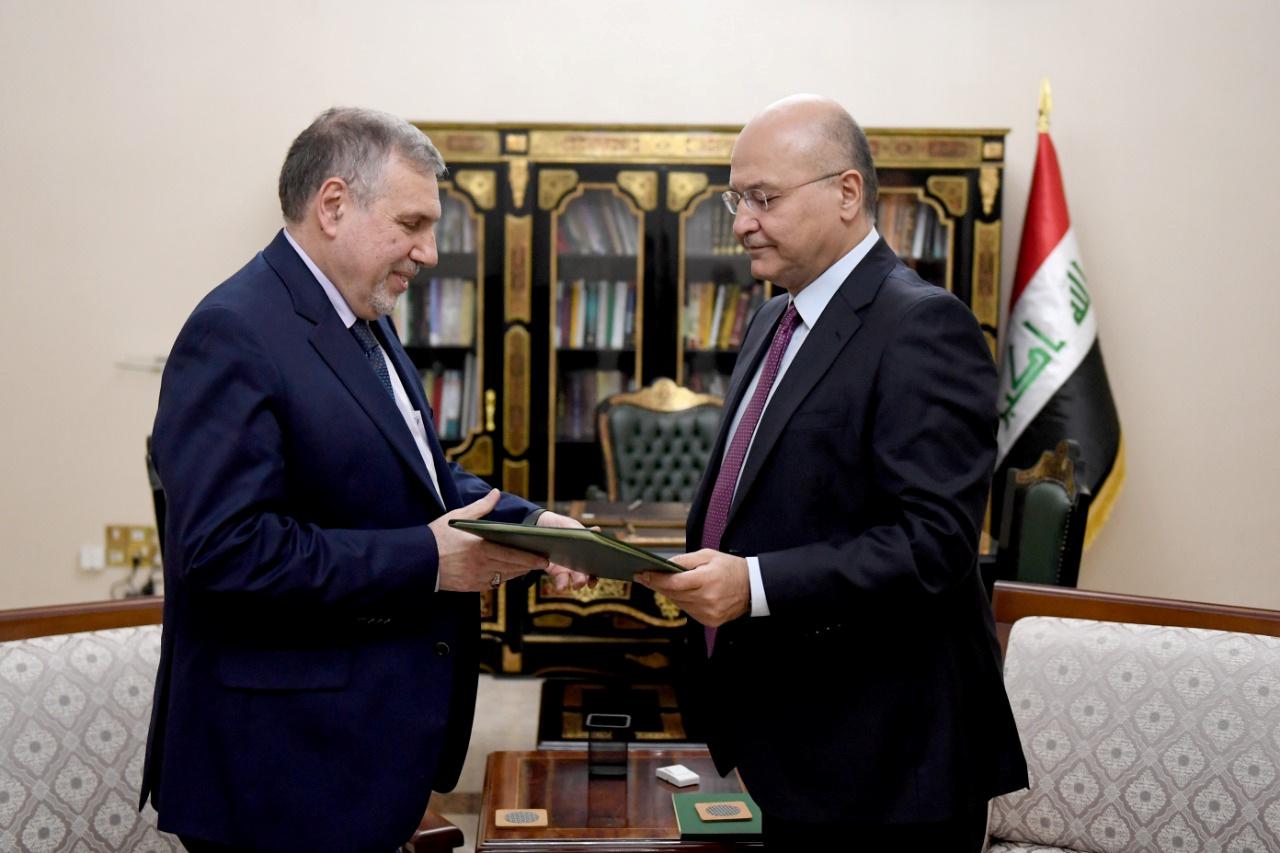 BAGHDAD (Reuters) – New Prime Minister Mohammed Tawfiq Allawi appealed to downtrodden Iraqis for their support on Saturday hours after his appointment by President Barham Salih, but protesters were already rejecting the head of government as a stooge of the political elite.

In Baghdad and southern cities, demonstrators who have camped out for months demanding the removal of Iraq’s ruling class – and had succeeded in toppling the outgoing prime minister – chanted “we reject Allawi” and held posters of his face with a red cross through it.

Salih appointed Allawi after squabbling lawmakers from rival parties had failed for two months to decide on a successor to Adel Abdul Mahdi, who resigned in November during mass unrest.

Allawi has one month to form a government and will lead it until early elections are held, for which there is no date set. The former communications minister will likely get stuck between parties vying for cabinet posts, prolonging the political deadlock.

He will have to contend with parliament’s two largest rival blocs – that led by populist cleric Moqtada al-Sadr, and another formed by Iran-backed parties with links to powerful paramilitary groups.

Allawi in a formal address to the nation on state television late on Saturday pledged to built a “state of freedom and justice” and to work to meet protesters’ demands for jobs and services and an end to crippling and widespread corruption especially by foreign-backed political and militia groups.

“I pledge to protect peaceful protesters and release innocent prisoners … told hold early elections … and protect Iraq from all foreign interference,” he said.

He said the election would be monitored by international observers but did not elaborate.

He said he would resign if political blocs attempted to impose candidates for cabinet jobs, and called on protesters to continue demonstrating until their demands are met.

Allawi will need to contend with militia groups and parties backed by Iran which have come to dominate Iraq since the 2003 US-led invasion that toppled dictator Saddam Hussein.

Since the defeat of Islamic State in Iraq in 2017, those militias have gained even greater power in parliament and in the economy.

Some of those militias have been involved, alongside security forces, in the crackdown against protesters who began their demonstrations in October. Nearly 500 people have been killed in the unrest.

Soon after Allawi was appointed, protesters gathered in Baghdad and southern cities in opposition, including at Tahrir Square, the center of the uprising in the Iraqi capital.

For the demonstrators, Allawi, the former communications minister under ex-premier Nuri al-Maliki – who presided over the fall of multiple Iraqi cities to Islamic State in 2014 and is accused of pro-Shi’ite sectarian policies – is part of the ruling elite and therefore unacceptable.

Sadr called on Friday for a mass protest in Baghdad and for sit-ins near the fortified Green Zone to protest the delayed formation of a government, without specifying when the gatherings should take place.

Sadr later supported Allawi’s appointment, saying he had been “chosen by the people” and that this was a “good step” for Iraq. Sadr, a political opportunist, has both backed protests and sided with the Iran-backed political groups they reject.

The Dawa party, meanwhile, rejected Allawi’s premiership, saying in a statement that any candidate being decided at this stage was unlikely to have unanimous support.

Iraq is facing its biggest crisis since the military defeat of Islamic State in 2017. A mostly Shi’ite popular uprising in Baghdad and the south challenges the country’s mainly Iran-backed Shi’ite Muslim ruling elite.

The country has been thrown into further disarray since the killing of Iranian military mastermind Qassem Soleimani in a US drone strike in Baghdad on Jan. 3. Iran responded with missile attacks on bases hosting US forces, pushing the region to the brink of an all-out conflict.

Pro-Iran politicians have tried to use those events to shift the focus away from popular discontent with their grip on power and towards anti-American rallies and demands for the withdrawal of US troops.

Iraqi protesters defy top cleric and return to the streets