A range of activists, politicians and media groups want to overturn the “tapping law”, which was passed by parliament in July and allows agencies to gather data covertly from large groups of people at once.

Dutch law obliges the government to hold a non-binding referendum if a petition with at least 300,000 signatures is submitted to the Voting Commission.

The agency said it had received more than 384,000 valid signatures and that the referendum would be held on March 21 together with municipal elections.

Opponents argue that innocent civilians will be dragged into the sights of intelligence agencies, while the government says the powers are needed to counter national security threats.

The referendum law is itself controversial and may be repealed by the newly appointed right-of-centre government under Prime Minister Mark Rutte.

After it was passed in 2015, a referendum was used to block the Dutch government from ratifying an economic treaty it and other European Union countries had negotiated with Ukraine.

A large “no” vote on the referendum embarrassed The Hague and forced Rutte to seek minor amendments to the treaty with the other EU states, eventually leading to the Dutch ratifying it.

It later emerged that the signatures to hold the Ukraine referendum were gathered via the internet and never vetted.

Dutch Minister of Immigration visits the Egyptian Museum in Tahrir 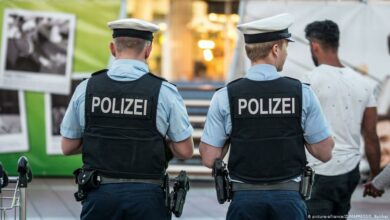