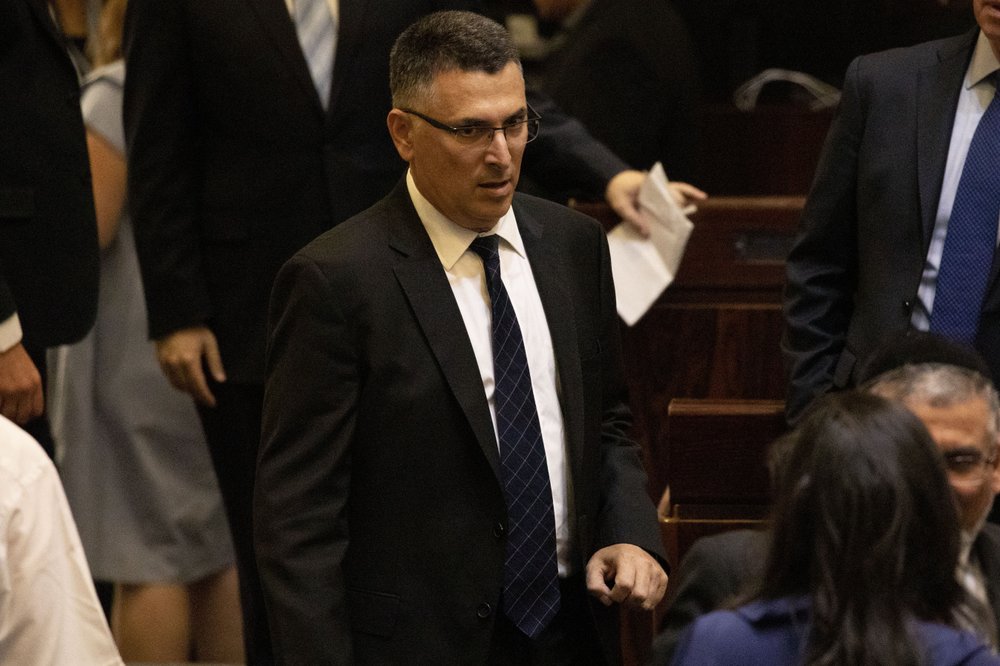 JERUSALEM (AP) — Israeli Prime Minister Benjamin Netanyahu’s challenger for the post of ruling Likud party leader is picking up more endorsements ahead of the official launch of his primary campaign on Monday.

Gideon Saar’s associates expect about 1,000 party activists to attend the launch and have been buoyed by support of a half-dozen Likud lawmakers, including the powerful chairman of the party’s executive body.

Saar’s leadership bid marks the first serious internal challenge to Netanyahu in his decade-plus in power. Though still a decided underdog to the embattled prime minister, Saar seems to be gaining traction ahead of the Dec. 26 vote among the party faithful where there isgrowing skepticism that Netanyahu can still deliver after two indecisive election results and a corruption indictment that may force him out of office.

Netanyahu faces charges of bribery, fraud and breach of trust in three corruption cases in which he is accused of trading legislative or regulatory favors in exchange for lavish gifts or favorable media coverage. He denies wrongdoing and has waged an angry campaign against the media and law enforcement officials he said are bent on ousting him from office.

Outwardly, Likud members have strongly supported their leader and joined in denouncing the alleged “coup” of the liberal elites against him.

But Saar’s burgeoning insurrection has begun to reveal some cracks.

While Netanyahu’s various opponents across the political spectrum have called on him to resign because of his legal woes, Saar has kept saying the party needs a new leader because Netanyahu has been unable to form a stable coalition government and is unlikely to be able to again if given another chance.

Recent polls show that with Saar as leader, Likud would make a more powerful bloc with its natural ultra-Orthodox and nationalist allies. Saar would also be in an easier position to create a national unity government with the centrist Blue and White party if, as expected, the upcoming March election produces a deadlock like the previous two rounds have.

Blue and White have ruled out serving with Netanyahu because of his indictment.

Even amid the political disarray, Saar’s challenge is a risky maneuver in a party that fiercely values loyalty and has had only four leaders in its 70-plus-year history. Netanyahu himself has denounced Saar as “subversive.”

A former aide and senior Cabinet minister under Netanyahu, Saar has long been considered a rising star in Likud and a potential future heir. But while others arepatiently waiting for Netanyahu to step down on his own, Saar has been the only one who has dared to take him head on.

Netanyahu is desperate to stay on as prime minister as he girds up for his trial. If he is re-elected, Netanyahu could use the post-election coalition negotiations to offer potential partners coveted Cabinet posts in exchange for their support for immunity.

Under Israeli law, sitting prime ministers are not required to resign if charged with a crime. But the law is fuzzier when it comes to a new election, and Israel’s attorney general is expected to soon voice an opinion on whether someone in Netanyahu’s legal position can even be tasked with forming a government following the upcoming vote.

Image: In this Thursday, Oct. 3, 2019 photo, Gideon Saar attends the swearing-in of the Israeli parliament in Jerusalem (AP Photo/Ariel Schalit)

Close associates of Israeli PM to be indicted in graft case