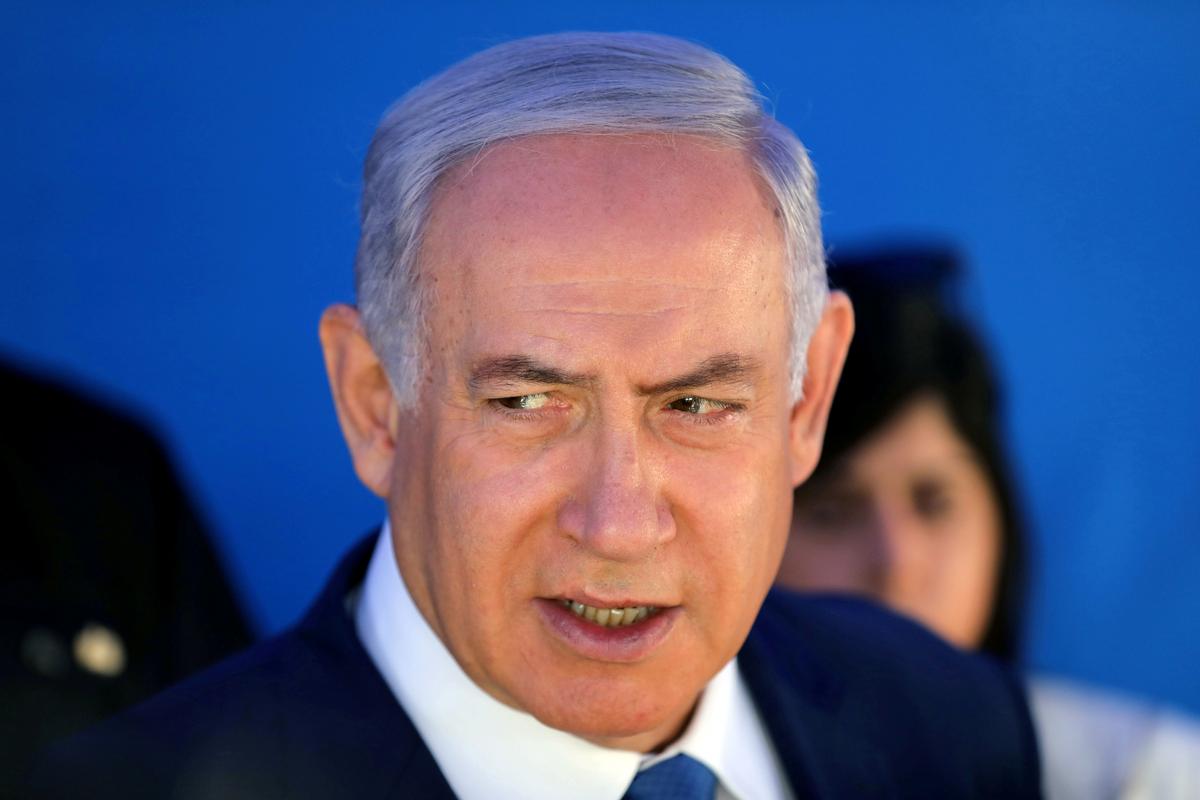 “This is precisely the wrong timing to hold talks with Iran, while it is increasing its aggression in the region,” Netanyahu told Macron in a telephone conversation that was initiated by the French leader, according to the Israeli statement.

Macron on Sunday paved the way for a potential breakthrough in the standoff between Washington and Tehran over the nuclear deal after Iran’s foreign minister made a flying visit for talks with host France at the G7 summit.

On Monday, at the G7 summit, US President Donald Trump said that he would meet Iran’s president under the right circumstances and that talks were underway to see how countries could open credit lines to keep Iran’s economy afloat.

The nuclear deal has been in jeopardy since the United States withdrew from it last year and re-imposed economic sanctions, seeking to push Tehran into wider security concessions including curbs on its ballistic missile program.

Netanyahu, who sees Iran as a mortal threat and has long opposed the nuclear deal, has urged that sanctions be re-imposed on Tehran. He has so far been in lockstep with the Trump administration over its Iran policy.

On Tuesday, Iranian President Hassan Rouhani said the Islamic Republic would not talk to the United States until all sanctions imposed on Tehran are lifted.

Rouhani said Iran was always ready to hold talks. “But first the U.S. should act by lifting all illegal, unjust and unfair sanctions imposed on Iran,” he said.

EU foreign policy chief Federica Mogherini said on Friday that the European Union will work to preserve the nuclear deal and would welcome any moves to add to its conditions.

Macron’s diplomatic moves came as Israel-Iran tensions flared. Last Saturday, Israel’s military struck in Syria in what it described as the thwarting of an Iranian-led killer-drone attack on Israeli targets.

On Thursday, Israel accused Iran of stepping up efforts to provide the Lebanese Hezbollah militia with precision-guided missile production facilities.

“Israel will defend itself against any attacks and prevent enemies that seek its destruction from obtaining nuclear weapons,” Netanyahu told Macron, according to the statement.

Israel and the Iranian-backed Shi’ite Hezbollah are on high alert after drones were used on Sunday to attack what a security official in the region described as a target linked to precision-guided missile projects.

Hezbollah has blamed Israel for the rare strike in Beirut, and said it will retaliate. The heavily armed group has denied harboring such missile facilities.