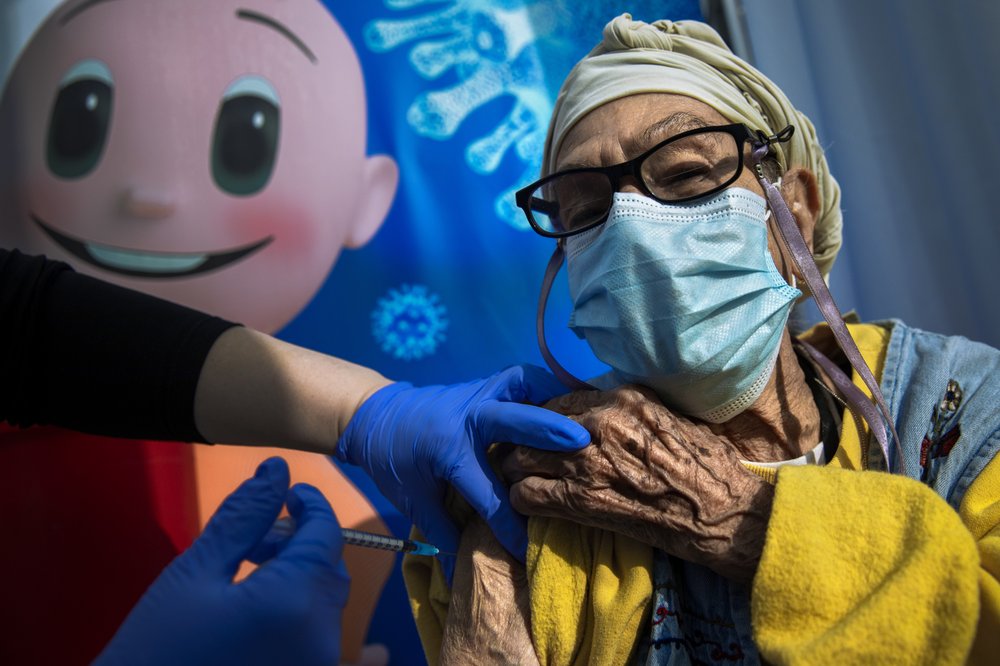 With elections approaching in March, Netanyahu has placed his world-leading vaccination drive at the center of his reelection campaign — launching an aggressive media blitz portraying him as almost singlehandedly leading the country out of the pandemic. He appears to be betting that a successful vaccination effort can persuade voters to forget about his corruption trial and the economic damage caused by the coronavirus crisis.

Netanyahu, like his good friend Donald Trump and other world leaders, frequently tries to use social media and tightly controlled press conferences to bypass the traditional media — and the scrutiny that has come along with it. While this strategy has often served Netanyahu well, his obsession with controlling the message also threatens to backfire.

It lies at the heart of a corruption case in which he is accused of granting favors to powerful media figures in exchange for positive coverage of him and his family. An expanded indictment released this week outlined 150 incidents showing detailed control he allegedly tried to exert over the media. This included pressure on a news site to drop critical coverage about a lacy dress worn by his wife, and pushing the site to publish photos of her meeting actor Leonardo DiCaprio.

Netanyahu’s tactics have also contributed to a nascent uprising in his own party. Two prominent defectors accused him of creating a “personality cult” in their resignation speeches.

Since he became the first Israeli to be vaccinated two weeks ago in a festive event broadcast live on national television, Netanyahu’s office has pumped out a constant stream of statements, tweets and videos showing the prime minister extolling the virtues of the vaccine and claiming credit for making it available to the broader public.

“I have brought the vaccines and you are giving the vaccines,” he recently told health workers at a clinic in an Arab town in northern Israel as he implored residents to get the shot. “The whole world is amazed at Israel. They are writing that Israel is a wonder.”

By many counts, Israel has pulled off a significant achievement so far. In just over two weeks, the country has given nearly 1.4 million people the Pfizer/BioNtech vaccine, roughly 15 percent of its population. That is the highest level in the world on a per capita basis, according to “ Our World in Data,” an open source research site that compares official government statistics. Israel aims to vaccinate most of the population by the end of March — just around election time.

Netanyahu has made the campaign deeply personal. He welcomed the first shipment of vaccines at the airport. He got vaccinated on national TV, and he made sure to be at health clinics to greet the 500,000th and one millionth people to be vaccinated — with both events streamed live on YouTube.

Netanyahu boasts of his relationships with the chief executives of Pfizer and Moderna, implying his connections helped acquire millions of hard-to-get doses of vaccines. “I speak to them all the time,” he recently quipped.

Netanyahu rose to prominence in the 1990s in great part thanks to his mastery of the media. He is at ease on camera and capable of speaking in clear sound bites in both Hebrew and American-accented English. Despite his skill as a communicator, he has had a rocky relationship with the Israeli media.

Sounding much like Trump, he accuses the media of having a liberal bias and leading a “witch hunt” against him. He has embraced social media and brags about circumventing the traditional media to spread his messages. When he invites reporters to his press conferences, he rarely takes questions.

Last week, Netanyahu welcomed the convicted US spy Jonathan Pollard to Israel, capping a 35-year saga. “What a moment,” Netanyahu declared on the airport tarmac in the middle of the night. Only no media were invited to witness the moment. Netanyahu’s office later released smartphone photos and video taken by an aide.

Materials distributed by his political party, Likud, go even further. In November, it released a video of Netanyahu getting a haircut and going to a vegetable store — a message that he was doing his part to help struggling businesses hurt by the country’s economic crisis.

“We thank you for the 24 hours every day that you give to the people of Israel,” the barber told him. “Prime Minister No. 1!” a supporter shouted as he exited the minimarket.

Gideon Saar, a Netanyahu stalwart, broke away from Likud last month to form his own party, accusing Netanyahu of turning Likud into a tool for personal survival as he goes on trial.

Zeev Elkin, a longtime confidant of Netanyahu, later joined Saar. “Mr. Prime Minister, you’ve destroyed the Likud and brought an atmosphere of a cult of personality, sycophancy, fear of expressing criticism, and a Byzantine court,” he said.

Saar’s new party, courting other right-wing voters disenchanted with Netanyahu’s rule, has emerged as a formidable force. Opinion polls forecast Saar’s party finishing second, behind the Likud, but at the head of a mix of anti-Netanyahu parties that together could end Netanyahu’s 12-year reign.

Netanyahu accuses his rivals of being motivated by little more than sour grapes and shared animosity toward him. He says they are focused on petty politics while he is carrying out “a giant vaccination operation” that will make Israel the first country to exit the coronavirus crisis.

It remains unclear whether Israel will procure enough vaccines to keep up the torrid pace of inoculations. It also is unclear whether Netanyahu’s message will resonate with the legions of voters who have lost their jobs — especially with the country in its third lockdown as it faces a new outbreak.

Meanwhile, Netanyahu’s corruption trial, set to resume in the coming weeks, looms. He has been charged with fraud, breach of trust and accepting bribes. The most serious charges claim he promoted lucrative regulations that benefited the Bezeq telecom company in exchange for favorable coverage about him on the company’s popular Walla news site.

“He wants to be loved by the media, but he hates the media at the same time,” said Tehilla Shwartz Altshuller, a senior fellow at the Israel Democracy Institute.