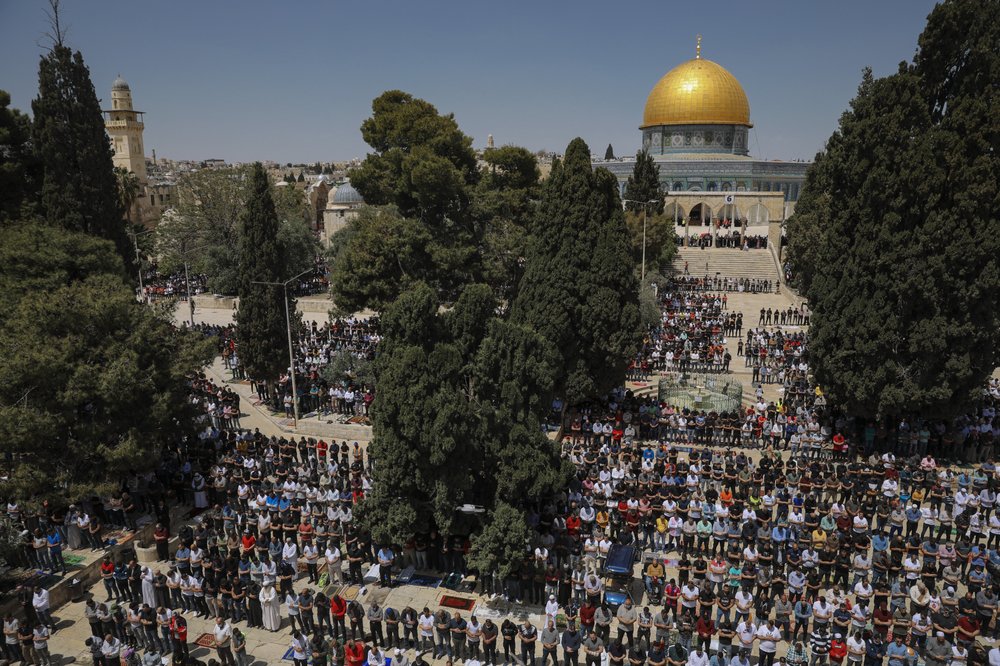 JERUSALEM (AP) — Tens of thousands of Muslim worshippers gathered at a sacred Jerusalem plaza for the first Friday prayers of Ramadan after coronavirus lockdowns kept the site off-limits last year.

About 70,000 faithful, most of them Arab citizens of Israel, prayed at al-Aqsa mosque, the third holiest site in Islam, said an official from the Islamic Waqf authority overseeing the Islamic section of the compound. Muslims know the area as the Noble Sanctuary, while Jews call it the Temple Mount.

In normal times, Ramadan Friday prayers usually draw larger crowds that can reach up to 200,000 at al-Aqsa.

This year, Israel also restricted entry of Palestinians from the West Bank, allowing only 10,000 of those holding permits into Jerusalem, and only if they were fully vaccinated.

Mohammed Barghouti, 65, said he was “very happy despite hot weather” to reach the al-Aqsa mosque for the first time in over a year. The retired resident of Ramallah noted he received the two vaccine doses.

Other Palestinians prayed at Israeli checkpoints in the West Bank in protest after they were blocked from entering.

Israel is largely easing restrictions after a rapid vaccination drive. In contrast, Palestinians in the West Bank and Gaza Strip are scrambling with slow vaccine rollout amid limited supplies and raging infection rates that triggered tougher lockdowns.