There's not much that hasn't been written about Muhammad Ali.

A boxing legend who transcended his sport, the 74-year-old is known to many and will be forgotten by few.

But there still remains an element of intrigue surrounding the three-time world heavyweight champion and Olympic gold medalist — as his biographer and lifetime friend Davis Miller tells CNN.

1. He changed his name more than once

The man, the myth, the legend … the name.

It's common knowledge that Cassius Clay chose to change his name to Muhammad Ali in the 1960s following his conversion to Islam — but not so many are aware of his original rebranding plans.

"The legend is known that when a young Kentucky-born Cassius Clay joined the Nation of Islam his name was immediately changed to the now iconic Muhammad Ali," Miller says. "But few know that his first name change was to Cassius X.

"It was February 26, 1964 — the morning after he knocked out Sonny Liston. But nearly two weeks later, on March 6, he announced that religious and political leader Elijah Muhammad [who led the Nation of Islam from 1934 until his death in 1975] had given him the new name of Muhammad Ali."

Miller says the name may have originally been intended for Malcolm X, who split with Nation of Islam soon after Ali joined and was assassinated the following year. 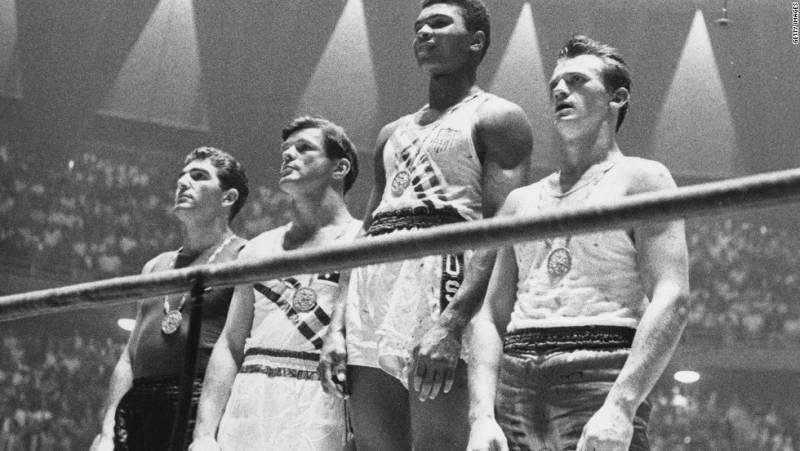 It's well documented that on April 28, 1967, Ali refused to be inducted into the U.S. Army and was immediately stripped of his heavyweight title.

Ali, a Muslim, cited religious reasons for his decision to forgo military service.

Early on Ali was closely involved with the often militant pro-African American goals of Nation of Islam, but later in life switched to a more mystical Muslim sect.

"Ali announced that he is a Sufi around 2005, saying that of all of the sects of Islam, he feels the closest connection to Sufism," says Miller, whose book "Approaching Ali" was released in late 2015.

"Sufism is arguably the most peaceful sect of any major or minor religion. Sufis believe that to purposely harm any person is to harm all of humanity, to harm each of us and to damage the world.

"It is the perfect fit for Ali, who had been living in the ways that Sufis do for decades before he'd heard of the religion.

"Few people have heard about the profound ways Ali's faith has evolved over the years. He has been a world soul for many decades; he has grown from separatist to universalist." 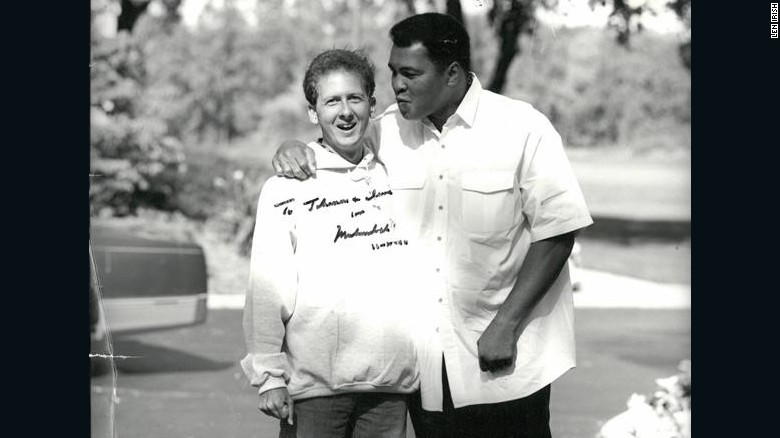 3. He had to fight injured during his big comeback

As a conscientious objector to the Vietnam War, Ali was stripped of his heavyweight title and banned from boxing for almost four years.

Ali's first comeback fight followed his enforced exile of three years and seven months — after refusing to be inducted into the armed forces — against No. 1 heavyweight contender Jerry Quarry.

Then 28, he would go on to make a successful return to the ring, winning by TKO in the third round — but the fight nearly didn't happen.

"Ali had only six weeks to prepare for this contest," Miller says. "In training, his boyhood friend and former heavyweight champion Jimmy Ellis badly fractured one of Ali's ribs.

"Even with this injury, Ali did not reschedule the fight, being entirely uncertain that if he did, he would ever get the chance to fight again." 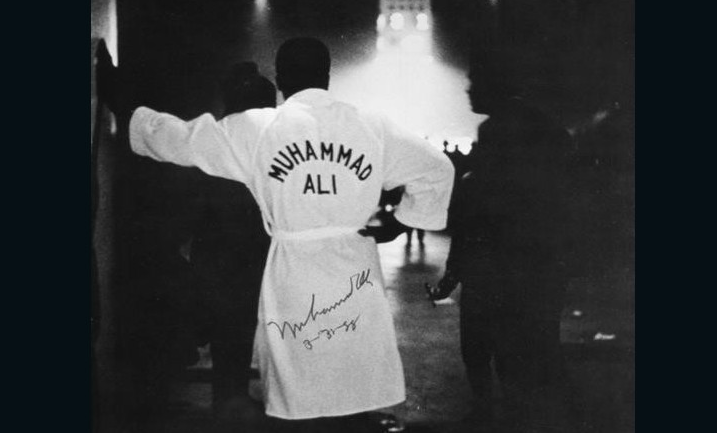 4. Parkinson's disease has taught him new ways to communicate
"The art of the gesture is quite important to him," Miller says of Ali, who was diagnosed with Parkinson's in 1984 at the age of 42. "He communicates with his hands and fingers, his facial features, his eyes.
"He surprises visitors by making a sound with his thumb and index finger that's not unlike a cricket in your ear. He blows on the top of heads, tickles the inside of palms when he shakes hands, teasing almost everyone who visits him.
"Though he can walk, Ali is often seen sitting in a wheelchair or positioned in an easy chair. He is no longer the world's most vocal and irrepressibly animated person."
5. He's an amateur magician
"Float like a butterfly and sting like a bee, his hands can't hit what his eyes can't see."
Famous for his pre-fight proto rap rhymes, Ali had some other dazzling tricks.
"Until recently, throughout his years with Parkinson's disease, Ali surprised visitors by performing prestidigitations [sleight of hand tricks]," Miller says.
"He made a red silk scarf disappear from his hand, he bit coins in half and made them whole again, and he often performed an old parlor trick — by putting his feet together and rising up on the toes of one foot while keeping his other foot flexed, he could appear to float above the ground." 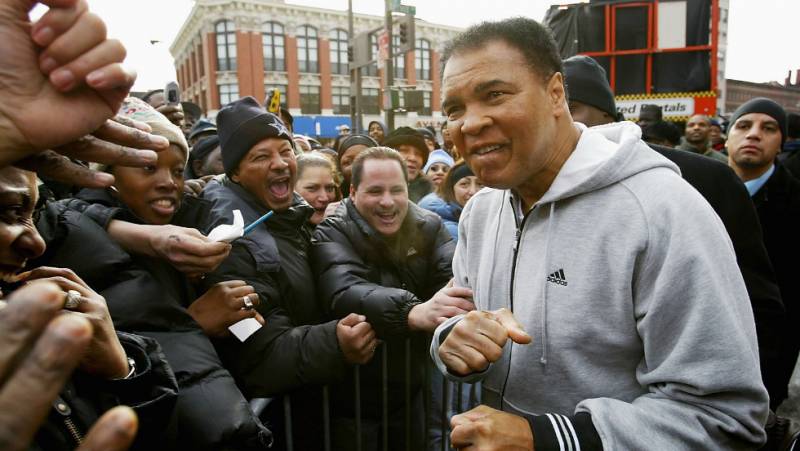 One of the most enduring memories of Ali's magic, Miller says, took place on the first day they met in June 1975.
"I'd just finished sparring a round with him, nearly got knocked out by only one punch, and Ali helped me out of the ring," Miller recalls.
"Escorting me to a seat among the small crowd, where I sat, looking freshly electrocuted, he leaned over and whispered, 'You're fast. And you sure can hit, to be so little.' He might as well have said he was adopting me.
Then, while his longtime sparring partner Eddie 'Bossman' Jones was being introduced, Ali climbed back into the ring, where he boxed a relaxed, beautiful and dazzling round, bouncing dozens of jabs, straight right leads, easy hooks and effortless uppercuts off of Jones' face and headgear.
"After the bell rang at the end of the round, and a corner man had removed his gloves, Ali stepped back to the center of his ring. 'The man without imagination has no wings,' he shouted, pointing down at the audience with his left fist. 'He cannot fly.'
"Still holding his left fist at eye level, the one he'd used to tattoo the 'Bossman' for the past three minutes, he rolled it over, bent his arm at the elbow, and slowly pulled it in close to his chest.
"Opening his hand, a bird I now know to have been a Carolina wren flew with a fluttering of wings from Ali's palm and up to the ceiling.
"The crowd oohed and aahed. I can't imagine anyone who was there will ever forget the experience."
Tags
boxing Islam Muhammed Ali Parkinson's disease Sufism