President Mohamed Morsy granted former Prime Minister Kamal al-Ganzouri the Order of the Republic on Thursday to honor him for his efforts during the transitional period.

Morsy delivered this distinction during a meeting with Ganzouri at the presidential palace in Heliopolis this afternoon.

Ganzouri, who was named prime minister following Essam Sharaf, was initially met with staunch opposition from revolutionary forces, who responded to Ganzouri’s appointment to the post by staging a sit-in at Cabinet headquarters.

After Morsy was elected president in June, he asked Ganzouri to continue in his role as prime minister until the new cabinet headed by Hesham Qandil, Ganzouri’s former irrigation minister, was formed. 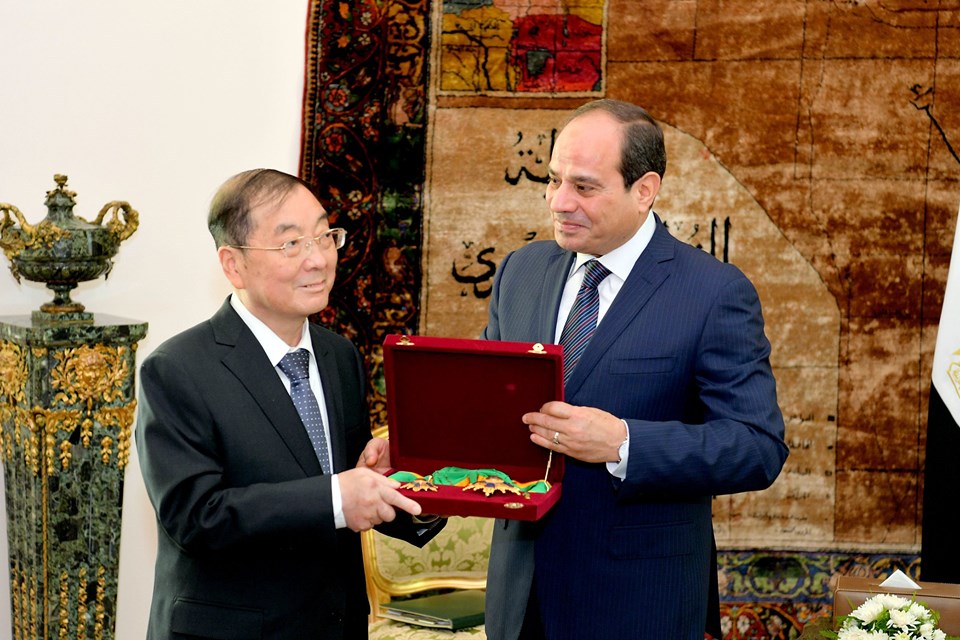 Sisi awards China’s ambassador the Order of the Republic