Since President Mohamed Morsy was announced president on 24 June, Egyptians have been on the edge of their seats, waiting to find out who would head the new cabinet. Most expected to be pleased, angered or apathetic.

But when Morsy chose Water Resources and Irrigation Minister Hesham Mohamed Qandil for prime minister Tuesday, the common reaction was: “Who is he?”

Qandil, 50, comes off as unassuming — a fitting characteristic for a man dealing with a relatively low-key but vital ministry. While his appointment is politically neutral, choosing such an innocuous figure to lead the first post-revolutionary ministers is raising eyebrows across the political spectrum.

His appointment came after mixed signals from Morsy and his fellows from the Muslim Brotherhood’s Freedom and Justice Party. They spoke of forming both a political coalition cabinet and a technocratic one, sometimes suggesting a mix of the two or — seemingly more desperate — saying the Kamal al-Ganzouri Cabinet would continue serving until further notice.

Qandil graduated from the Cairo University Faculty of Engineering in 1984 and went on to earn his master’s degree and PhD from the University of North Carolina in the US in 1988 and 1993. He joined the National Water Research Center, obtaining professorship.

From 1999 to 2005, he served as office manager for the water resources and irrigation minister. He took part in the Nile Basin initiative and occupied several posts, such as the head of the Nile Sector of the African Development Bank in Tunisia.

Contrary to some rumors, he was never a World Bank employee, but followed up on World Bank irrigation projects, said Khalif Wasify, spokesperson for the Water Resources and Irrigation Ministry.

Qandil headed the ministry since 21 July last year, starting under former Prime Minister Essam Sharaf. During his year as minister, he was able to create a name for himself as an intelligent, humble and hardworking public official.

Wasify said Qandil dealt with the strikes in his ministry in a way that didn’t draw too much attention. Once he even talked an unstable employee out of a suicide attempt.

“The employee, who was on medication, went up to the eighth floor to commit suicide. Dr. Qandil went up himself to talk him out of it,” Wasify said.

The speculation and controversy over who would be the next prime minister included many heated debates over many names. Qandil was not on anyone’s radar, though he traveled with Morsy to Addis Ababa last week, ostensibly to play a role in talks surrounding the Nile Basin issue. Some purport that the trip brought him closer to Morsy.

“I am just bewildered that at this point in our history, Morsy chooses someone with such little experience working in government and who is unable to deal with the plethora of problems on the table already that will also be thrown at him,” Cairo University political science professor Mostafa Kamal al-Sayed told Egypt Independent.

Some objections are much more stinging than Sayed’s.

“Morsy followed the same criteria [as toppled President Hosni Mubarak] in choosing a low-profile prime minister who will be obedient to him,” said Basel Adel, a former MP from the Free Egyptians Party. “He will just be a secretary for Morsy.”

“His choice is a continuation of the same holistic policies of the old regime, in which unknown technocratic ministers were chosen for important posts,” he said.

Abdel Fattah suggested that the Brotherhood’s political party made a self-serving choice.

“The Freedom and Justice Party is assuming a very powerful role as it aims to manage the Cabinet according to its own interests, leading to more political instability in the country,” he said.

Many secular political groups accused Morsy of not negotiating the Cabinet formation with them, and maintained that they should remain an opposing voice to the Brotherhood by not taking part in a coalition government.

Further, Adel accused Morsy of choosing Qandil under pressure from the Brotherhood.

“Although Qandil is not an official member of the Brotherhood, he has Islamist orientations, evident from his beard,” Adel said.

Columnist Ziad Bahaa Eddin also wrote that the FJP should be emboldened enough to take full responsibility for forming a cabinet that reflects its political plans, rather than hiding behind a technocratic or a coalition government.

For businessmen and investors’ circles, the announcement of Qandil as prime minister was a warning sign, especially because most of the candidates for the position discussed in the recent days had powerful economic backgrounds and included former and current Central Bank of Egypt figures.

Capital Economics, a London-based financial consultancy, sent a notice to its investor clients Tuesday warning them of political instability.

“The surprising appointment of [Qandil] as Egypt’s new prime minister is unlikely to calm nerves in the financial markets. For a start, he lacks the economic credentials that some were hoping for. … Investors were hoping that the new [prime minister] will come from an economic background so that much-needed reforms are implemented and the economy can be put back on track,” the notice read.

A version of this piece will be published in Egypt Independent's weekly print edition. 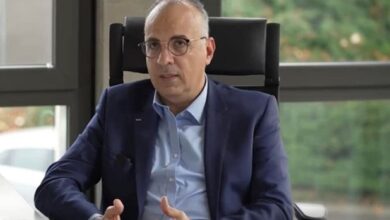