Al-Labbad began drawing cartoons in high school, and quickly became famous for his colorful and witty illustrations, which address both children and adults. His drawings have influenced generations.

After graduating from the Faculty of Fine Arts in 1962, al-Labbad began publishing his cartoons in Rose al-Youssef and Sabah al-Kheir magazines. He worked among iconic cartoonists such as Salah Jaheen, Bahgat Othman, Hegazi, and Zohdi. Early on, his drawing began taking on folk motifs that gradually became key elements of his work.

In 1964, he co-edited al-Karawan, a children’s magazine whose focus on Egyptian characters and stories was ground-breaking at a time when most magazines featured foreign cartoon characters. His aim was to preserve Arab and Egyptian identity through his work.

In another of his children’s books, Kashkoul Rasm (Sketch Book), al-Labbad pairs sensible and sensitive text with vivid illustrations in order to wittily and simply explain philosophical matters to the younger generation. His illustrations, used metro tickets, old photographs, Arab and foreign superheroes, and Arabic calligraphy are the main components of these books.

“Ever since I was a child, I kept a lot of souvenirs that might seem trivial, yet seeing them makes me vividly remember certain times in my life with wonderful detail. And on this page, I share some of my souvenirs with you. We can always consider the pyramids, the sphinx, old buildings, and what lies in museums and libraries, all of it–despite its huge size–souvenirs that revive old times in our memories,” explains al-Labbad in one of the Kashkoul Rasm books.

This series also covers souvenirs and memories from the artist’s life. Such genuine and intimate artwork, drawing from al-Labbad’s personal experience, is another key trait of his work. In 1989, al-Labbad won the Bratislava Biennial Festival Golden Apple Award for Kashkoul Rasm.

“The clever artist is the one who can mix memories and knowledge. Only then will his brush draw real, beautiful wolves that do not resemble any photographs or textbook illustrations,” he explains in a selection from the Kashkoul Rasm series.

In spite of being closely associated with children’s magazines and books, al-Labbad did not shy away from politics. His children’s book The House, which tells the story of every living thing having a home except for Palestinian children, earned him a prize at the 1975 exhibition of children’s books in Bratislava, Slovakia.

Many of his award-winning books have been translated into several languages. For decades, al-Labbad’s designs have graced countless publications. The literary world, in Egypt and abroad, will surely miss his genuine and brilliant touch. 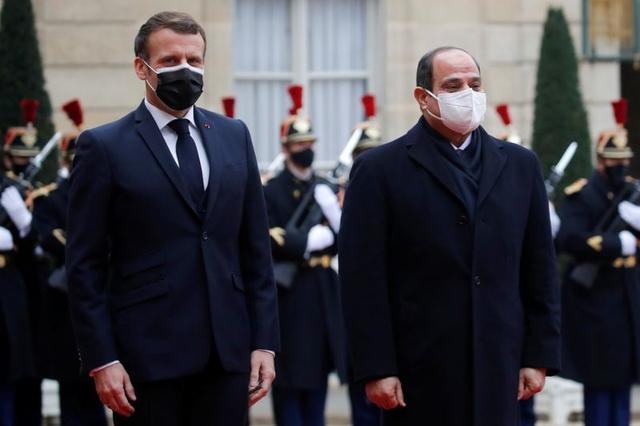 After meeting with Sisi, Macron expresses regret over impact of Charlie Hebdo cartoons on Muslims