Liverpool’s Mohamed Salah has won the UEFA best player poll of the third round of Europe’s Champions League.

Salah garnered 51 percent of the vote, followed by the Turkish team Besiktas’s Cenk Tosun with 33 percent, and Spartak Moscow’s Quincy Promes with 7 percent.

Lionel Messi came forth with 4 percent and Christiano Ronaldo sixth with 2 percent.

Salah also won the best player poll in the first round of the Champions League.

Salah led Liverpool to a 7-0 win over Sylvania’s Maribor, causing the Reds to go top of Champions League Group E. Salah scored two goals during the match and made a third in Liverpool’s historic win. 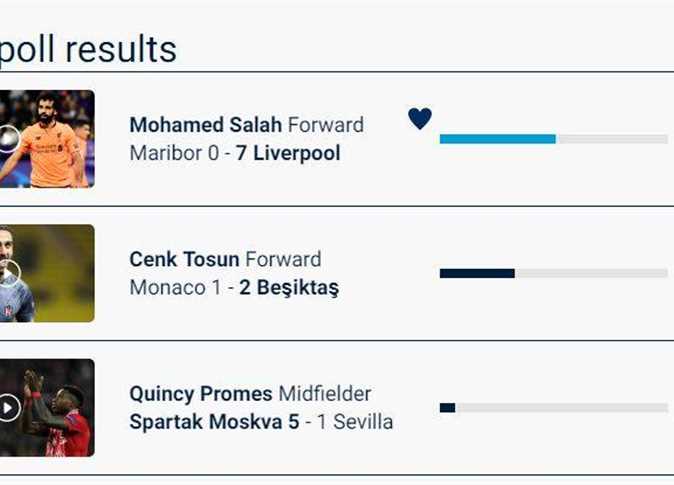 Is this the end of an era for Liverpool?