Facebook Twitter LinkedIn
Writer Mohamed Bahgat is continuing to write the screenplay for the "God's Prophets" (Anbiaa Allah) series, based on the book of the same name written by his father, Ahmed Bahgat.
Bahgat has completed five episodes about five prophets so far. The five episodes have been sent to the Religious Endowments Ministry for revision.
The series consists of five parts to be shown over five consecutive years, said producer Sadeq al-Sabah.
It recounts the stories of prophets in a simplified manner, addressing children, he added. The series will be directed by Mostafa al-Faramawy.
Edited translation from Al-Masry Al-Youm
Tags
God's Prophets prophets series 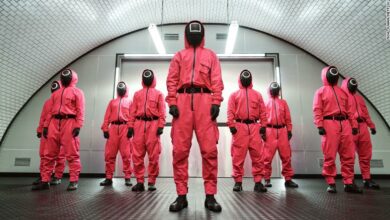