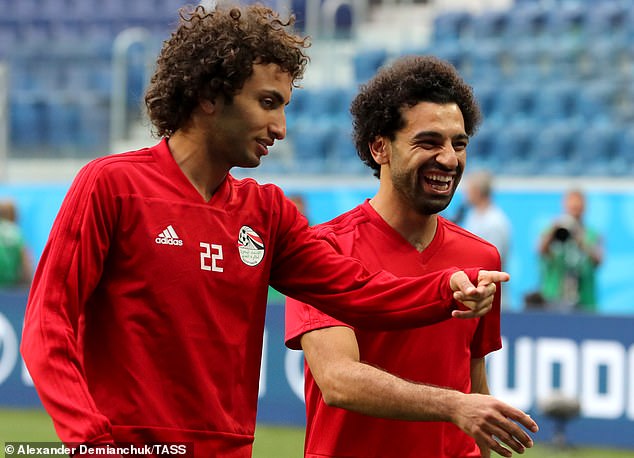 Renowned football star Mohamed Salah suggested in two tweets that the Egyptian Football Federation (EFA) decision to ban Amr Warda in the wake of a sexual harassment scandal was too expeditious.

The EFA excluded Egyptian footballer Amr Warda from the national team’s 23-player squad on account of his immoral behavior amid accusations of sexual harassment.

Although Salah didn’t directly state Warda’s name in the tweets, social media users and dozens of media outlets were certain that he referred to the Warda crisis.

Claiming that Warda’s exclusion from the national team is “shunning”,  he said that this should not be the answer and stressed that people should believe in second chances. “We need to guide and educate,” he added on Twitter.

In the other tweet he emphasized that women should be treated with the utmost respect, commenting, “’No’ means ‘no’,” referring to Warda’s undue pressuring for women to become involved with him. Salah also affirmed that such principles should be forever sacred.

Predictably, Mo Salah’s tweets circulated across social media in no time. Some social media users supported Salah’s statements, while others stressed that Warda has been given too many chances already.

Meanwhile, Warda faced the crisis in a video, apologizing to those who were “upset” by his behavior.

The video was posted right after yesterday’s confrontation between Egypt and DR Congo in which Egypt secured two goals, one by Salah and the other by Ahmed El-Mohamady.

Warda was cut from the national team due to misbehavior and inappropriate actions, in particular lewd messages sent to the model Merhan Keller that sparked outrage a few days ago.

Thus Warda has been denied the opportunity to represent Egypt on the national team and is obliged to immediately leave the Egyptian team’s camp. He will no longer participate in the ongoing 2019 Africa Cup of Nations tournament.

The story began when Keller stated on her Instagram account that four player from the national team including Amr Warda, Mahmoud Hamdy, Hassan Kouka, and Ayman Ashraf had been harassing her on social media networks.

In a series of Instagram stories, she filmed the messages she received from them to confirm that they were not photoshopped.

Warda took the incident to dissolute steps; he first sent her a comment on one of her pictures showing her boxing gloves saying, “Boxing? haha.” When the model ignored his message he send another message telling her she apparently does not know who he is because no one “says no” to him.

Keller said in one of the stories that she refused to give her phone number to one of the four players (Warda) who told her that he will obtain the number because no one ignores him.

Keller’s stories took social media networks by storm. Onlookers were divided: one side praised Keller’s courage in divulging the incident and the other shamed the accuser, claiming that she seeks fame.

Hours after Keller’s stories went viral across social media, a Mexican model made a post and alleged that it was Warda in the posted video, featured in an alarmingly unethical position. The video in no time ignited anger on social media.

“The video spread through social networking sites is fabricated by someone. I do not know why he did it,” Warda told the Egyptian daily Al-Shorouk.

“Someone displayed my picture on someone else’s face in a video that went viral across the media,” he stated, adding that he had no idea why this is happening to him now.