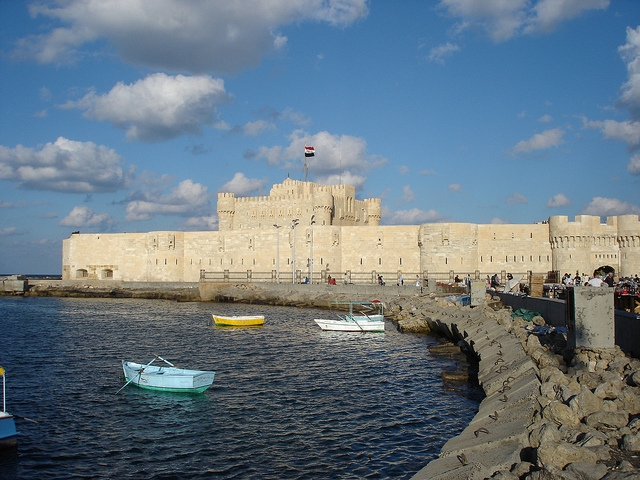 Egypt’s Secretary General of the Supreme Council of Antiquities denied statements recently circulated that the Alexandria’s Qaitbay Citadel is in danger of collapse, due to cavities and cracks found on the eastern and northeastern fronts.

“Qaitbay Castle is completely safe in terms of construction and architectural status,” Mostafa Amin, secretary general of the supreme council of antiquities said earlier this week.

He added that a comprehensive inspection of the castle’s main rock was conducted two years ago, and included a check-up on the castle’s bowl from the inside, using ground radar and laser diode.

However, Abbas Mohamed, a professor of applied geophysics and environment at the National Institute of Astronomical and Geophysics Research, told Al-Masry Al-Youm earlier this month that the castle does face a risk of crumbling, as the third phase of the ministry’s inspection work was halted.

According to Mohamed, the third phase included the monitoring of the gravitational way of the caves and cavities, pointing out that the cavities evident at the east and north-east of the castle might cause the breakdown.

He went on to call on the Ministry of Antiquities to intervene, through the use of proactive scientific solutions, to break sea waves and inject the cavities in danger.

According to the Ministry of Antiquities, the latest inspections took place earlier this July, after which the inspection team had agreed to continue monitoring the discovered cavities using radar, magnets and electrical sensors “to obtain a comprehensive assessment.”

“The effect of the waves on the main rock and techniques to repel them away from the castle will also be studied according to the results of the geophysical inspections,” the Antiquities ministry said in a statement.

The Citadel of Qaitbay is a defensive fortress built by Mamluk Sultan Al-Ashraf Qaitbay, who ruled Egypt from 1468 to 1496. It is considered one of the most important defensive strongholds, not only in Egypt, but also along the Mediterranean Sea coast.