Amer’s family said the former defense minister was killed and did not commit suicide.

Adel al-Saeed, assistant public prosecutor, said in a statement on Thursday that after examining the complaint submitted by Amer’s family it was determined that the incident in question falls under the jurisdiction of the military judiciary.

Egyptian official media announced that Amer committed suicide on 14 September 1967 following Egypt’s defeat in the war against Israel. However, several analysts said he was likely poisoned.

Several historians link Amer’s death to the disagreements he had with former President Gamal Abdel Nasser, who blamed him for the loss.

Following the loss, Amer was forced into retirement and put under house arrest in August 1967 for his responsibility for the defeat. Another 50 officers and two former ministers who were close to Amer were arrested on charges of planning to launch a coup against Nasser.

Amer had a strong relationship with Nasser and held a number of posts during his rule. The most important positions to which he was appointed were the general commander of the Armed Forces, Defense Minister, and vice president.

Recently, Gamal, Amer’s son, said in an interview on CBC satellite channel that his father told him that Nasser wanted to kill him. Gamal said this is written in his memoir, which he expects to be published soon.

Explainer: Who is targeting the Muslim Brotherhood? 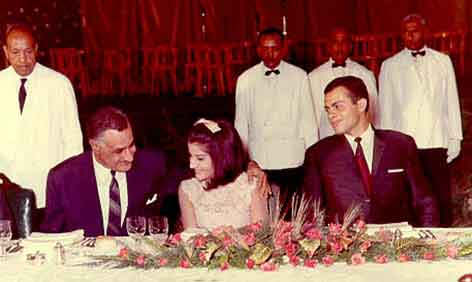