Facebook Twitter LinkedIn
Bomb attacks in Nigerian towns and cities look likely to increase in the run-up to forthcoming elections, despite the military claiming increasing successes against Boko Haram in captured territory.
At least 86 people were killed in explosions blamed on Boko Haram this week alone, all of them at crowded bus stations in the northeast, wider north and also in the country's central region.
The style of attack — using either explosives left in bags or suicide bombers — has prompted the government in Abuja to issue a warning for increased vigilance at "soft targets".
But with elections on 28 March that Boko Haram has already vowed to disrupt, security experts said there will be renewed fears about the safety of voters, particularly at polling stations.
"I think it's safe to say that as multi-national counter-insurgency operations continue in the northeast, Boko Haram will intensify its urban terror campaign," Ryan Cummings, chief Africa analyst at Red24 risk consultants, told AFP.
"Boko Haram will know that it lacks the resources or capacity to engage the Nigerian Army and its allies in conventional warfare, so its retributive attacks will increasingly focus on asymmetric warfare, which is resource-light but nevertheless damaging."
Tactical shift
Attacking towns and cities recalls Boko Haram's previous tactics before it began capturing and seizing territory in the northeast in mid-2014, declaring some part of an Islamic caliphate.
Cities such as Kano and particularly the Borno state capital, Maiduguri, were hit regularly until the government declared a state of emergency in May 2013 in three northeast states.
The military and civilian vigilante forces managed to push the rebels out into more remote, rural areas, where violence continued and in many cases intensified.
With soldiers thin on the ground in the countryside — and with apparent dissent in the ranks about the provision of weapons and equipment — Boko Haram launched its unprecedented land grab.
But since the attack on Baga on 3 January, where hundreds of civilians, if not more, are thought to have been killed, and rebel strikes in Chad and Niger, there has been a concerted fight-back.
Nigerian troops, aided by soldiers from Cameroon, Chad and Niger, have bombarded rebel strongholds in northeast Nigeria and claim to have recaptured territory, including Baga last weekend.
President Goodluck Jonathan visited the ravaged town on the shores of Lake Chad on Thursday, telling troops that the conflict, which has killed more than 13,000 since 2009, would soon be over.
Observers have framed the claimed successes against the backdrop of upcoming elections in Nigeria, which were postponed for six weeks from 14 February because of the ongoing military operations.
Nigeria's national security advisor said at the time that troops would not be available to provide security on polling day.
Further delay?
Boko Haram leader Abubakar Shekau vowed in a recent video that the elections, now scheduled for 28 March, "will not be held, even if we are dead".
Militants have even distributed fliers calling on people not to vote.
Mark Schroeder, from political and security risk analysts Stratfor, said the recent bombings in Kano — the north's biggest city — and the central city of Jos, raised a new security threat.
"The Nigerian military, with renewed government backing, may achieve the easy steps of a counter-insurgency of asserting control in remote urban areas of the northeast," said Schroeder.
"But stopping Boko Haram from counter-attacks against civilians elsewhere is very difficult.
"You could say Boko Haram is merely being displaced while the Nigerian government publicizes gains in Baga and elsewhere."
Boko Haram, which has invigorated its propaganda campaign with slick, Islamic State-style videos, will no doubt claim that such attacks put paid to government claims that it is being defeated.
Cummings argued that the return to guerrilla tactics in towns and cities could stretch security resources.
Abdullahi Bawa Wase, a Nigerian security analyst who tracks the Boko Haram conflict, described the bombings as "desperation" on the part of the militants.
But he noted that such attacks had not stopped during the change in tactics to seize territory but were now taking place in tandem with hit-and-run strikes, "to show they still have the capability".
"We are only going to see an intense increase of this bombing in the next weeks," which could possibly force another postponement in the election, he added.
Tags
Boko Haram guerilla warfare Nigeria 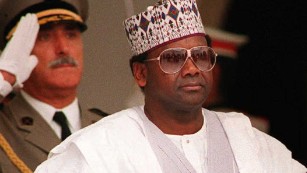