In an interview with Al-Masry Al-Youm, Muslim Brotherhood (MB) Deputy Guide Rashad al-Bayoumi said the group would not uncouple its political role from its traditional commitment to religious preaching.

“We're concerned with all aspects of the nation,” al-Bayoumi said. “We serve God by engaging in politics. We see religion and politics as being inseparable.”

On whether the MB would allow Christians or women to stand for the presidency, al-Bayoumi said the group would not field Christian or female candidates in presidential elections.

“Membership in our political party will be open to all Egyptian citizens,” he stressed.

Al-Bayoumi also said the MB did not plan to field any of its members in upcoming presidential elections slated for later this year.

“We don’t want anyone to accuse us of trying to hijack the revolution,” he said. “We simply want what is best for the nation.” 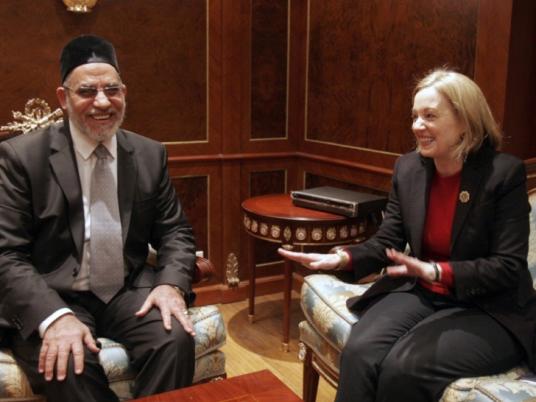 US Embassy rejects accusations of trying to create chaos in Egypt

Brotherhood sheikh to run for president