“He did not commit suicide,” she told The Observer, a British newspaper. “They threw him out of the balcony.” Marwan died three years ago in London after a fall from his fifth-floor apartment. Controversy has surrounded his death ever since.

Abdel Nasser, daughter of late Egyptian president Gamal Abdel Nasser, said her husband had told her several times that his life was in danger because he had many enemies that wanted to see him dead.

She added that her husband never involved her in his business so as to protect her from danger.

“He did however assure me that he never talked directly to any Mossad agents during the October War,” she said, explaining that he only gave them false information.

Abdel Nasser also lashed out at the British police investigation into the alleged murder. “They lost his shoe that was found at the scene, from which a DNA sample could have been retrieved to show if he was killed or if he committed suicide,” she said.

“My husband had a problem with nerves in his legs,” she said. “He couldn’t lift himself up without help, which means he was thrown from over the balcony’s banister.”

Finally, she said Marwan was a happy man. “He had no reason to take his own life.” 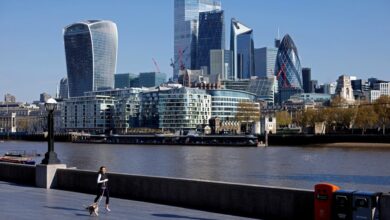