The UK’s EasyJet Airline Company announced the opening on Saturday of a new flight route from Vienna to Marsa Alam International Airport as an Austrian Airlines airplane arrived at the airport with 170 passengers onboard, said Director of the Public Relations and Media Department in EMAK Constructions Company Emad Emam.

EasyJet launched in May two flights landing in Marsa Alam, one from Naples and the other from Milan, to operate on a weekly basis.

According to statistical data from Marsa Alam Airport, the number of tourists visiting the city in April increased by 33 percent compared to the same period last year. 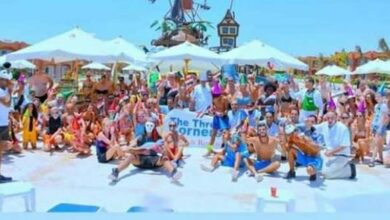