It’s been a hard year for Mohamed al-Kady, owner of a small clothing factory in Heliopolis. The months of unrest and uncertainty, he says, have weakened demand for his Egypt-made ready-to-wear apparel.

“The middle class has seen its purchasing power decline and consumes less than before,” he says. “Those who still have money prefer not to spend it in anticipation of harder times or simply because they don’t want to display their wealth anymore.”

He’s not sure how much longer he can keep his doors open if conditions don’t improve, saying it’s a stretch to pay his employees’ salaries at the end of every month. Kady is not alone.

Across the country, small businesses felt the effects of the economic downturn first, and more severely than their corporate counterparts, whose size and credit options have helped them weather the hard times. But if this large chunk of the economy fails to get back on its feet soon, experts warn it could spell real trouble for the country as a whole.

Small- and medium-sized enterprises, or SMEs, make up 90 percent of private companies in Egypt, and employ three out of four Egyptians, according to the Central Agency for Public Mobilization and Statistics. The Egyptian Exchange cites figures indicating that 80 percent of GDP is produced by SMEs.

But despite their large numbers, they have little representation in the national economic discourse. Not many small shop owners were present at this week’s New Dawn Conference hosted by financial firm Beltone Financial, at which Prime Minister Hesham Qandil reassured a crowd of high-dollar investors that the country’s economy can recover. Qandil did say the government is interested in helping SMEs so the poor can benefit from the growth that is happening in the country, Al-Masry Al-Youm reported.

Experts and officials have continually said the country’s economic recovery depends on healthy SMEs. And President Mohamed Morsy’s government seems to be paying this heed — but how and when their SME support plans in his Renaissance Project will translate into real help for Kady and other small businesses remains to be seen.

An important part of Morsy’s Renaissance Project is dedicated to SMEs. It promises technical support, training programs, financial tools and an improved legislative climate. However, his administration has yet to explain how this ambitious program, being vague on details, would be carried out by a technocratic, economic Cabinet with very limited budgetary means. But many announcements of support have recently been made by the governmental, nongovernmental and banking sectors.

The Central Bank of Egypt is exploring improvements in the legislative environment and in credit procedures. At a forum for small businesses organized by the Union of Arab Banks, Farouk al-Oqda, governor of the Central Bank, said SMEs face substantial obstacles — including a legal system that doesn’t favor them and serious barriers to getting bank loans.

The National Bank of Egypt, with the support of the Social Fund for Development and China Development Bank, announced increased funds available to finance SMEs. The National Bank of Egypt also announced the creation of a bank dedicated to SMEs with a capital of LE50 billion. USAID and HSBC announced US$34 million of financial assistance. Abraaj Capital and the US Overseas Private Investment Corporation are planning to invest US$150 million in Egyptian SMEs.

Most of these measures target improved access to loans for SMEs, which small-business owners do need. But large banks doling out credit to a select group of these enterprises will not solve the problems of all of them, especially at a time when interest rates have skyrocketed and banks’ risk policies have tightened.

The political uncertainty and unrest of past months has taken its toll on all sectors of the economy, but SMEs have been particularly exposed. Even small information and technology businesses, a huge growth industry before the 25 January revolution, are barely scraping by.

“Most of the SMEs in the IT field are currently just trying to remain in business,” says Engy Amr, a manager at Eitesal, an NGO specialized in helping IT sector companies develop.

A combination of factors has hurt their businesses, Amr and small-business owners say.

First, the overall slump in domestic demand has decreased sales. Service-oriented businesses and non-exporting companies, mostly SMEs, have been the main victims of that slump since they are not able to compensate their losses with better results in foreign markets.

Secondly, production costs have continued to increase. The steady drop in the value of the Egyptian pound has increased the cost of imports and fed inflation. The resulting drop in purchase power has prompted many workers to demand pay raises. The government recently addressed this popular demand by deciding on a 15 percent salary raise for all private sector employees. But small businesses cannot adopt such measures so easily.

“I know my employees need a raise because life is getting more expensive,” says Kady. “But it is already hard for me to pay them every month.” He is going to try to raise salaries, though, he says, because he knows his employees are in a difficult position. Negotiations are under way for pay raises, he says.

Finally, indebted companies have suffered from a significant raise of interest rates, which climbed from about 9 percent before 25 January to 15–16 percent now. SMEs, traditionally considered by banks as more risky, do not benefit from the lowest market interest rates. Many small businesses that took out loans prior to the interest rate hike did not know their debts would get so expensive, says Amr.

“Companies have been tricked by the inflexible conditions of their credits,” he says.

An April study conducted by the German Development Institute and the Egyptian Center for Economic Studies found that among the structural problems undermining the development of many Egyptian SMEs, weak access to credit is the second biggest problem most small businesses face (finding skilled labor is the first).

As it is, SMEs make up a small percentage of national borrowing. However, those that did borrow have been struggling to pay back their debt as interest rates have risen. Therefore, experts say, encouraging banks to further give credit to SMEs in the current situation will not be enough to get small businesses growing, if it is not accompanied by other measures.

Mohamed Refaat, president of the credit rating agency I-Score, thinks that improving SMEs’ access to credit should result from many factors, not just good-intentioned government statements and programs from a few banks.

“The government should first subsidize SMEs’ loans until the economy recovers,” he says, to compensate for the high interest rates. Serious incentives need to be presented to attract SMEs, Refaat says, and very old debts should be erased. The government should establish a better regulatory frame, he adds, to give more guarantees to banks in case small businesses default on their loans. But lending to small businesses is a two-way street.

“Banks need to adapt to the specificity of the SME market,” he says. “But SMEs also need to meet the basic requirements from the banks.”

He says the upcoming launch of an SME-rating company managed by I-Score is a step in the right direction, as it will improve the SMEs transparency for banks, making them more comfortable when it comes to lending to them.

But access to credit is not the only factor SMEs need to grow in the long run. As stated by the study conducted by the Egyptian Center for Economic Studies, the level of education of the entrepreneur, the company’s human resources policy and the proper training of employees are other critical factors in a business’s eventual success. 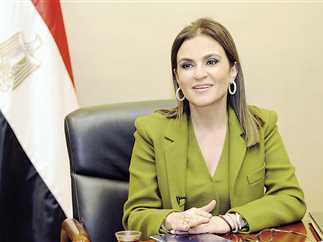 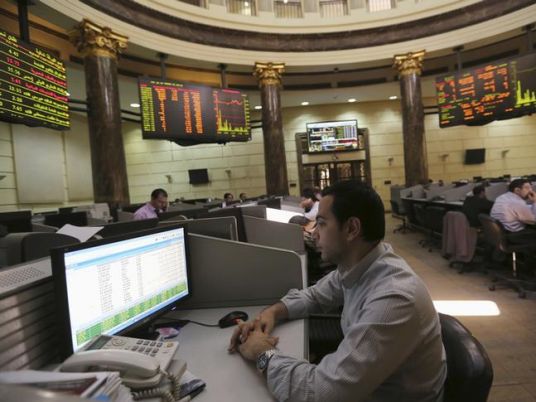