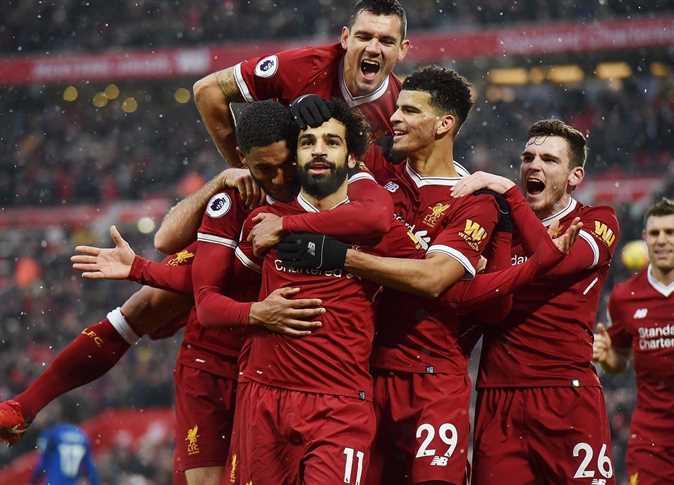 Chants from Liverpool fans of the “Egyptian King” Mohamed Salah, the reds winger, have generated widespread reactions, following a match between Liverpool and Porto in the last 16 round of the Champions League last week.

Some English fans chanted that they will convert to Islam if Mo Salah continues to shine and scores more goals, and have no objections to going to a mosque.

The majority of Liverpool fans supported the chant on the official pages of the English club on social networking sites, and expressed their happiness with the Egyptian star.

In his first season, Salah has scored 30 goals, only one goal behind the Uruguayan Luis Suarez, who scored 31 goals in the season 2013-2014.

Salah is competing this season with Harry Kane, striker of Tottenham Hotspur, as the top goal scorer in the English league, which is an achievement not reached by an Arab or Egyptian player before.

Salah was crowned the best left-footer in Premier League history earlier this month after scoring against Southhampton. This means Salah needs one more goal to break Robbie Fowler’s record of 19 left-foot goals, a record set in 1994/1995, according to the official Premier League website.

Salah has had an amazing past year, from single handedly carrying the national Egyptian team to the World Cup to winning BBC’s Best African Footballer of the Year along with several other awards.

Salah's transfer to Real Madrid set as condition by coach Pochettino if he is to takeover: reports