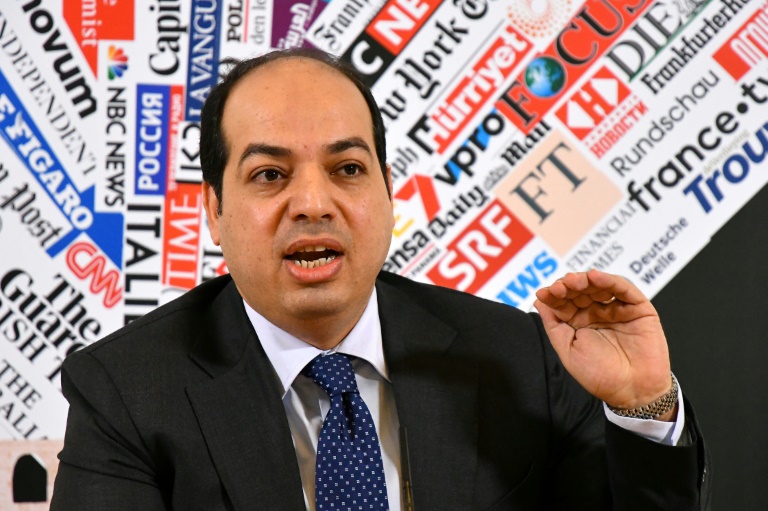 Libya’s UN-backed Government of National Accord (GNA) appealed Tuesday for Europe’s support against military strongman Khalifa Haftar, who is waging an offensive on Tripoli, warning continued violence could see 800,000 people try to flee to the West.

“It interests the whole of Europe to see a peaceful and democratic Libya,” GNA vice president Ahmad Maitig told the foreign media press association in Rome.

He said Italy’s Interior Minister Matteo Salvini “shows big support for the peace process” and brushed off reports France favoured Haftar, saying “the position of the French government is to support the national accord government.”

But he repeated warnings that the offensive by Haftar’s forces could spark an exodus of displaced Libyans and migrants.

Some “800,000 people can easily reach Europe,” he said, adding that Islamic State group fighters currently held as prisoners could be among them.

There were “more than 400 (IS) prisoners” in Libya whose whereabouts could not be secured should Haftar push on to take the capital, he said.

“This is something not understandable for the GNA,” he said.

Maitig also dismissed the idea the government would intervene to prevent Libyans and migrants fleeing for Europe under an EU-approved deal signed between Italy and Libya in 2017.

“There is no agreement on keeping the migrants in Libya at all. Zero. The agreement was to prepare the Libyan coastguard… that is it.”

The accord for Italy to train Libya’s coastguard — signed in a bid to end Europe’s biggest refugee crisis since the Second World War — saw a significant drop in the flow of African migrants across the central Mediterranean.

Some 265 migrants have landed in Italy so far this year, compared to 7,500 last year in the same period and over 30,000 the year before, according to the interior ministry.

Libya has long been a major transit country for migrants desperate to reach Europe via the Mediterranean.

International aid groups have warned migrants could be used as human shields or forcibly recruited to fight.

Libya has been in turmoil since NATO-backed forces overthrew former dictator Moamer Kadhafi in 2011.

Haftar’s offensive began shortly before a conference set for this month to discuss Libya’s future — an event the UN cancelled as the forces closed in on the capital.

Haftar, who leads the self-styled Libyan National Army (LNA), has pushed out from his power base in the country’s east towards the Libyan capital in the west, the seat of the UN-backed unity government led by Fayez al-Sarraj.

Photo: The vice president of the UN-backed government in Libya, Ahmad Maitig, warns 800,000 people could flee towards Europe if violence continues from an offensive on Tripoli by a military strongman, Khalifa Haftar