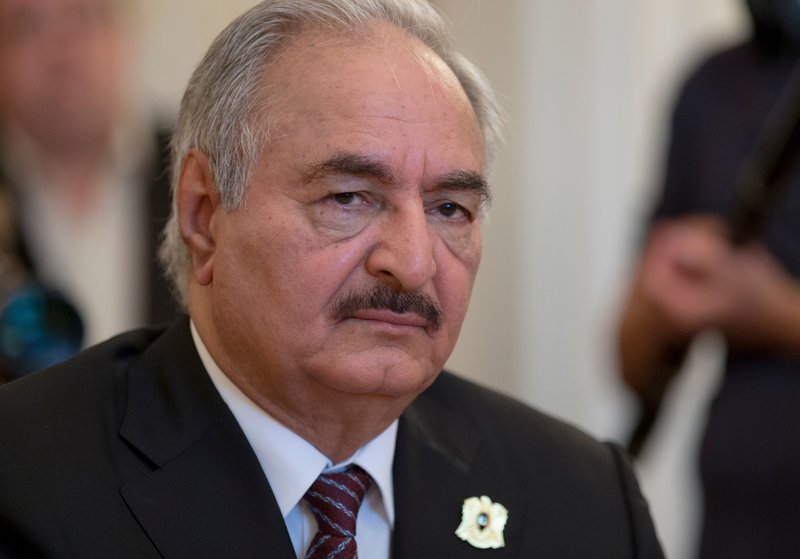 CAIRO (AP) — A Libyan force fighting to capture the country’s capital from the U.N.-supported government based in Tripoli on Friday gave the militias defending the city a three-day deadline to pull out.

The self-styled Libyan National Army issued a statement demanding that the powerful Misrata militias, which are fighting on behalf of the government in the Libyan capital, withdraw from both Tripoli and the coastal city of Sirte. The Misrata militias are named after the western Libyan town of Misrata, which saw some of the heaviest fighting during the 2011 uprising that led to the ouster and killing of longtime dictator Muammar Gadhafi. The militias played a key role in Gadhafi’s ouster.

For months, the LNA and the militias have been locked in fierce clashes on Tripoli’s southern outskirts, with the fighting mostly stalemated.

Last week, commander Khalifa Haftar, who heads the LNA, declared that the “zero hour” of the battle for Tripoli had begun, nearly eight months since he began his offensive to take the city. The announcement triggered a fresh bout of clashes around Tripoli.

Friday’s LNA statement warned that if the militias do not withdraw, their town Misrata will continue to be targeted “every day, non stop and in an unprecedentedly intensive way.”

The warning came shortly after an LNA airstrike targeted sites where Turkish weapons and military equipment had been stored, said the statement. The Tripoli-based government led by Prime Minister Fayez al-Sarraj condemned the attack, saying it caused civilian casualties but without providing details.

Turkey and Qatar, as well as Italy, have been allied with Sarraj’s government, while Haftar is backed by France, Russia and key Arab countries, including Egypt, the United Arab Emirates and Saudi Arabia.

The U.N. mission in Libya tweeted on Friday that it regrets the recent escalation in fighting and all foreign interference, and urged Libyans to return to political dialogue.

Since Haftar’s forces launched their offensive on Tripoli in April, both sides have exchanged accusations of deploying allied foreign forces in the ongoing civil war, which has seen Libya divided since 2015 between two governments, one based in the west, in Tripoli, and the other based in the east. Haftar is allied with the east-based government.

Fighting rages near Libya’s capital amid push by rebel army