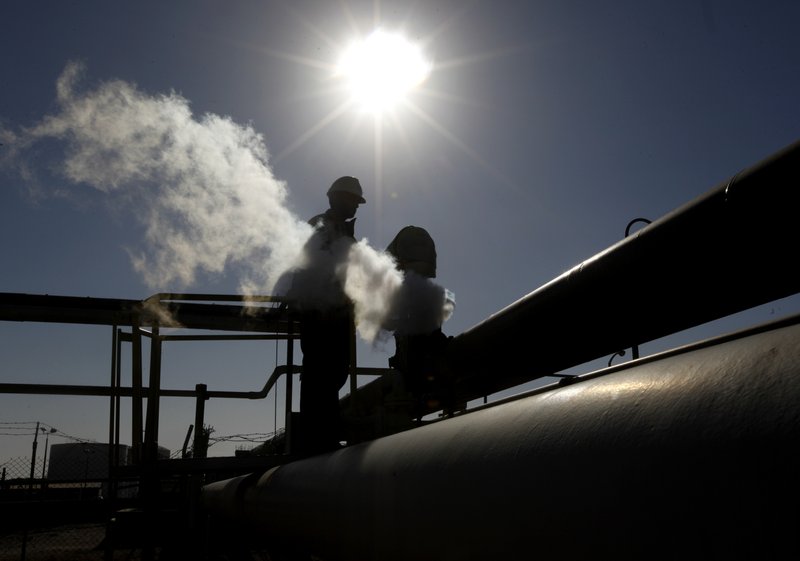 The National Oil Corporation said it lifted force majeure, a legal maneuver that lets a company get out of its contracts because of extraordinary circumstances, at the southwestern Sharara oil field. The corporation said the move came after it reached “an honor agreement” with forces loyal to military commander Khalifa Haftar to end “all obstructions” at the field.

The corporation’s announcement comes three weeks after Haftar, who was behind a year-long military attempt to capture the capital, Tripoli, announced an end to a blockade of the nation’s vital oil fields.

The Sep. 18 breakthrough was the result of a so-called “Libyan-Libyan dialogue” led by Ahmed Matiq, the rival Tripoli government’s deputy prime minister, seeking to create a new mechanism to distribute the country’s petrodollars more equitably.

Libya’s oil production had reached at least 1.2 million barrels a day before powerful eastern tribes loyal to Haftar first seized control of the oil facilities in January, including the Sharara field, to protest what they said was the inequitable distribution of revenues.

In total, the oil blockade has deprived the corporation of nearly $10 billion in revenue and led to nationwide fuel shortages.

Libya was plunged into chaos when a NATO-backed popular uprising in 2011 toppled longtime dictator Moammar Gadhafi, who was later killed. The country has since split between rival administrations based in the capital Tripoli and the eastern city of Benghazi, each backed by armed groups and rival foreign governments.

Meanwhile, representatives of the Benghazi-based House of Representatives and Tripoli-based High Council of State started on Sunday three-day-long UN-facilitated talks in the Egyptian capital, Cairo, the UN support mission in Libya said.

The mission said the delegations are expected to discuss “legal and constitutional options which may be put forward to the Libyan Political Dialogue Forum.”

Egypt’s intelligence chief, Abbas Kamel, kicked off Sunday’s talks, saying the time had come for its neighbor Libya to establish peace and agree on “a constitution that defines powers and responsibilities, and leads to presidential and parliamentary elections,” according to Egypt’s state-run MENA news agency. Egypt views the instability in Libya as a national security threat and has backed Haftar in his rivalry against the Turkish-backed government in Tripoli.

The forum aims to “generate consensus on a unified governance framework and arrangements that will lead to the holding of national elections in the shortest possible timeframe,” the UN mission said.

Prior to the Tunisia talks, the rivals are to start face-to-face military negotiations in Geneva on Oct. 19.

The rival sides held security talks in late September that resulted in preliminary agreements to exchange prisoners and open up air and land transit across the country’s divided territory.

Haftar’s forces launched an offensive in April 2019 to try and capture Tripoli, but his campaign collapsed within two months when the Tripoli-allied militias, with Turkish support, gained the upper hand, eventually driving his forces from the outskirts of the city and other western towns.

Fighting has died down in recent months amid international pressure on both sides to avert an attack on the strategic city of Sirte, the gateway to Libya’s major oil export terminals.