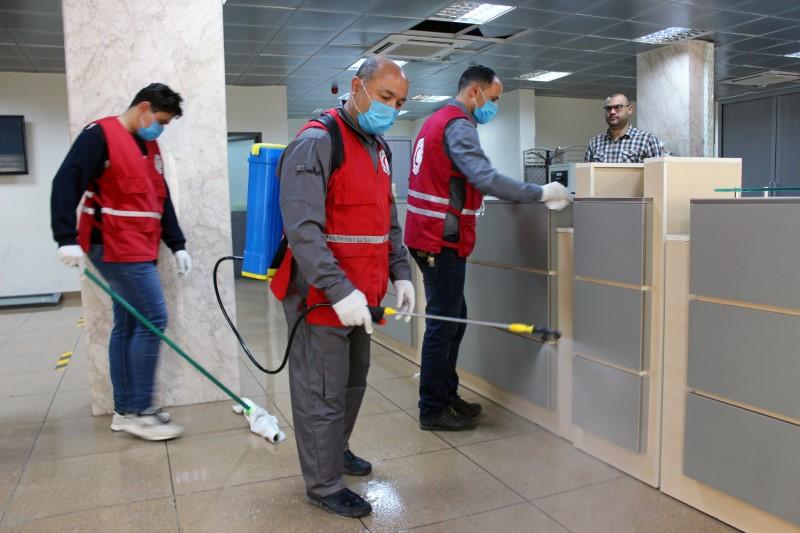 The National Centre for Disease Control, which operates in areas controlled by both major sides in the Libyan conflict, gave no further details in its statement on the coronavirus case. However, doctors said the patient was in a hospital in Tripoli.

Both the internationally recognised government in Tripoli, in the west, and a rival administration ruling from Benghazi in the east have imposed lockdowns, stopped foreign travel and promised resources for the health service.

The eastern-based Libyan National Army (LNA) has been trying to capture Tripoli since last year. Despite a ceasefire call by the United Nations last week to allow all sides to focus on preparing for the pandemic, fighting has continued, with heavy shelling and clashes on Tuesday.

“This is a health system that was close to collapse before you get the coronavirus,” said Elizabeth Hoff, head of mission for the World Health Organization in Libya.

Equipment for testing is limited, there is very little protective gear and there is a severe shortage of medical workers, particularly in rural areas, Hoff said.

“There is a national plan, but funding has not yet been allocated for implementation,” she said.

The committee in charge of fighting the flu-like disease announced early on Wednesday a ban on movement between cities and areas until further notice.

A blockade of oil ports by forces aligned with the LNA in eastern Libya has cut off most revenue to the Central Bank of Libya in Tripoli, which funds state institutions and the salaries of public workers across the country.

A doctor in a medical centre in Tripoli said she had not been paid since last year.

The parallel central bank in Benghazi, set up by the eastern administration, said on Tuesday it paid salaries to government workers in east Libyan areas for the first time this year, but a doctor said no money had arrived in his account.

Some medics in Benghazi had refused to work at a hospital over the lack of pay and adequate protective gear, a doctor there said, but the problem was later resolved.

In Misrata, a port city held by forces loyal to the internationally recognised government in Tripoli to its west, cleaning companies disinfected parks and public gardens.

Volunteers distributed face masks and gloves as people entered banks, where marks on the floor showed where to stand to ensure a safe distance from others waiting in line.

“If we sit down and do nothing, waiting for the government, we won’t get any results,” said Taher Alzarooq, a 55-year-old volunteer.