Less than one-third of Americans support President Donald Trump’s decision to withdraw from the Paris climate accord, a new poll shows, and just 18 percent of respondents agree with his claim that pulling out of the international agreement to reduce carbon emissions will help the U.S. economy.

The survey conducted by the Associated Press-NORC Center for Public Affairs Research earlier this month found that a slim majority — 52 percent — worry that withdrawing will actually hurt the economy. Twenty-seven percent think it won’t have an impact either way. 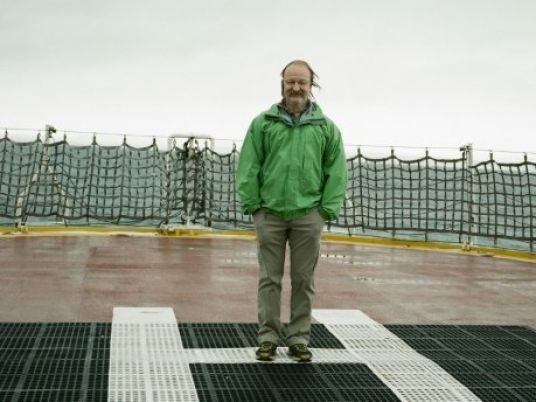 But digging deeper into the numbers shows a sharp partisan divide on global warming, with Republicans more likely to align themselves with the president’s views.

Donald Nolan is a New Jersey businessman who has spent years living and traveling overseas. He worries that Trump is undermining U.S. credibility abroad. An independent voter, Nolan said he strongly opposes pulling out of the Paris accord.

“Where I live, we’re 36 feet above sea level. It the polar ice caps melt, there won’t be any dry land here,” said Nolan, 60. “If you are pulling out of something that pretty much every other country in the world is a part of, then that is not seen as being a leader. When I lived overseas, America was always looked at as being first. But I see our position to be deteriorating.”

Overall, 44 percent of Americans are very concerned and 26 percent are moderately concerned that withdrawing from the agreement will hurt the country’s standing in the world, with that concern also dividing along party lines.

Independents are mixed in their views. Twenty-five percent support the withdrawal, 36 percent are opposed and 37 percent don’t feel strongly one way or the other.

The poll shows about two-thirds of Americans think that climate change is happening, while only about 1 in 10 think it’s not. The remaining quarter aren’t sure one way or another.

Seven in 10 Americans — including some of those who aren’t sure whether climate change is actually happening — think it’s a problem that the U.S. government should be working to address. Among those who do think it’s a problem the government should address, more oppose than support withdrawing from the Paris agreement by a 60 percent to 21 percent margin.

Bonnie Sumner, an independent voter who has lived in Colorado the last nine years, is among those who said doing something to combat climate change is important. She said her community in the Rocky Mountains is still dealing with the after effects of a devastating wildfire.

“It’s definitely gotten hotter than it used to be,” said Sumner, 72. “I try to keep up with science, not people who have money to be made by not wanting things to change.”

Sumner said Trump is too quick to dismiss the evidence of global warming compiled by climate scientists.

“His position, as it is with too many other things, is, ’I know what’s best, I know better than everybody else, and this is a hoax, and this is fake news,’” she said. “I’m frightened for us, my children and my grandchildren. We only have one earth, we have to work together.”

Editor’s note: The AP-NORC poll of 1,068 adults uses a sample drawn from NORC’s probability-based AmeriSpeak panel, which is designed to be representative of the U.S. population. The margin of sampling error for all respondents is plus or minus 4.1 percentage points.