Leftist forces, revolutionary movements and trade unions are planning a million-strong demonstration to mark May Day.

The demonstration, titled “alarm,” will protest the Muslim Brotherhood’s economic policies, workers’ living conditions, high prices, the privatization of the health insurance system and the proposed loan from the International Monetary Fund.

The march will start in Tahrir Square and will head to Ettehadiya Presidential Palace, the Muslim Brotherhood Guidance Bureau office or the Cabinet building.

Nayed added that left-wing parties and labor movements would march to the Shura Council and protest it as an illegitimate body that passes laws unfair to workers, such as the laws criminalizing protests and strikes.

The protest will also denounce the “Brotherhoodization” of trade unions and the failure to pass the Trade Unions Act, which was approved by all unions.

Mahmoud Hamid, a leader of the Revolutionary Democratic Alliance, also said that it would organize events in several other locations, including Helwan, Mahalla, Suez, Kafr al-Dawar and Alexandria.

National Assembly for Change leader Essam Shaaban said that events would continue throughout the month to express anger with the Brotherhood’s economic policies and the poor living conditions they have caused. 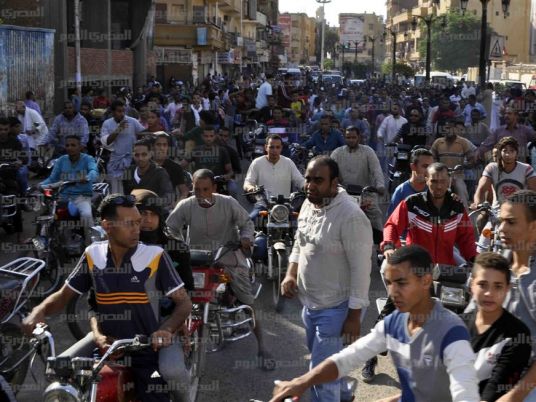