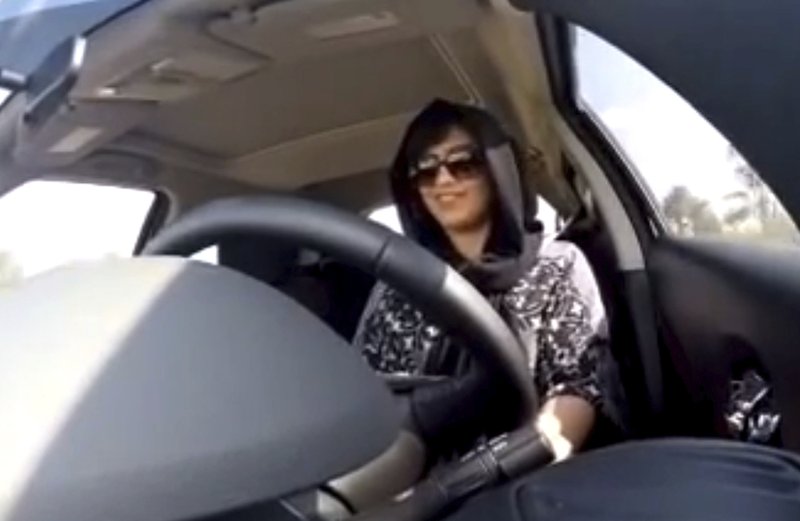 DUBAI, United Arab Emirates (AP) — A leading Saudi women’s rights activist who’s been imprisoned for two and a half years and drawn attention to the kingdom’s hard limits on dissent will be tried by a court established to oversee terrorism cases, her family said Wednesday.

The referral of Loujain al-Hathloul’s case to the Specialized Criminal Court is a setback for efforts to push for her swift release and means she will face charges related to terrorism and national security. The court is notorious for its secretive nature. A range of cases are brought before the court under broadly worded counter-terrorism laws that criminalize acts such as insulting the government and “disobeying the ruler.”

According to a 53-page report released earlier this year by Amnesty International, the court has been used as “a weapon of repression” to imprison peaceful critics, activists, journalists, clerics and others. Amnesty International says it had documented numerous cases of trials held in secret before the court.

Al-Hathloul is among Saudi Arabia’s most prominent women’s rights activists. She was detained amid a sweeping crackdown spearheaded by Crown Prince Mohammed bin Salman, who has ushered in wide-ranging reforms but has simultaneously clamped down on activists who have long pushed for change.

She and around a dozen other prominent women’s rights activists were arrested in May 2018 just weeks before Saudi Arabia lifted its decades-long ban on women driving. The women face vague national security charges related to their activism and communication with foreign journalists, Western diplomats and independent rights groups.

Al-Hathloul’s family said the 31-year-old activist’s case was being transferred to the Specialized Criminal Court due to a “lack of jurisdiction” by Riyadh’s criminal court, where her trial had been suspended for months. They say “her body was shaking uncontrollably and that her voice was faint and shaky” when she appeared in court on Wednesday. She had been on a hunger strike for two weeks earlier this month.

Al-Hathloul and the other Saudi women activists detained in 2018 — some of them mothers, grandmothers and professors — say they were physically and sexually abused while in detention by masked interrogators. The women say they were caned on their backs and thighs, electrocuted and waterboarded. Some women say they were forcibly touched and groped, made to break their fast during the Muslim holy month of Ramadan, and threatened with rape and death. One of the women attempted suicide in prison.

While most of the women have since been released pending trial, al-Hathloul and three other women activists remain imprisoned. Rights groups tracking the trials said only al-Hathloul’s case was referred to the Specialized Criminal Court.

The court said it will open an investigation with the prosecution regarding her claims of torture, the family said.

Last year, Saudi authorities told her she could be released if she signs a statement denying the claims of abuse, according to her family. When she rejected doing so, she was kept in solitary confinement.

Al-Hathloul has long been an outspoken defender of women’s rights in Saudi Arabia, drawing numerous calls from US lawmakers and others around the world for her unconditional release.

In 2014, she was detained for more than 70 days after she attempted to livestream herself driving from the UAE to Saudi Arabia when it was still illegal for women to drive in the kingdom. She was arrested by Saudi authorities as she attempted to cross the border in protest and later released without trial.

Al-Hathloul’s family say in 2018, shortly after attending a UN-related meeting in Geneva about the situation of women’s rights in Saudi Arabia, she was kidnapped by Emirati security forces in Abu Dhabi, where was residing and pursuing a master’s degree. She was then forced on a plane to Saudi Arabia, where she was barred from traveling abroad before her arrest months later.

When asked about her case last month, Saudi Foreign Minister Prince Faisal bin Farhan said she and the other women on trial were not detained because of their human rights activity and that they are “charged with serious crimes.” He defended Saudi courts as independent, and said her release is up to the courts, not the government.

FILE – This November 30, 2014 image made from video released by Loujain al-Hathloul, shows her driving towards the United Arab Emirates – Saudi Arabia border before her arrest on December 1, 2014, in Saudi Arabia. Al-Hathloul, a leading Saudi women’s rights activist who’s been imprisoned for over two years will be tried by a court established to oversee terrorism cases, her family said Wednesday, Nov. 25, 2020. They said she had been on hunger strike for two weeks until mid-November. (AP Photo/Loujain al-Hathloul, File)