In January, traditional Namibian leaders filed a complaint against Germany with a US court demanding compensation for colonial-era genocide.

The plaintiffs lawyers and the judge are to meet in New York on March 16 to discuss a possible class-action suit against Germany by Namibian traditional leaders. This pretrial conference enables the judge to discuss unresolved questions. It does not mark the start of the lawsuit, nor does it mean that proceedings will actually go ahead.

The two countries are currently negotiating over how to deal with a legacy of genocide in what was German South West Africa in the early 1900s. German colonial troops were responsible for the deaths of more than 80,000 members of Herero and Nama ethnic groups. These crimes are regarded as the first genocide of the 20th century.

Both the German and Namibian governments reject direct negotiations with the Herero and Nama. However, the plaintiffs' lawyer, Kenneth F. McCallion, told the media in New York that they should be at the negotiating table because legally they are the victims' representatives. They are also calling for compensation for damages suffered by their descendants during the genocide.

"In addition to the numerous, terrible murders, livestock and property were confiscated. Expropriation on such a large scale constitutes a violation of international law," McCallion said. 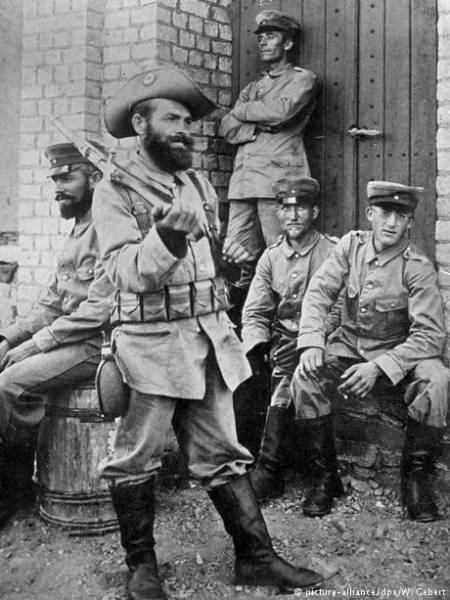 It can be difficult to bring about class-action suits in the United States on the basis of human rights violations. A suit filed by Herero representatives against the German government and Deutsche Bank in 2001 was dismissed. Mia Swart, professor in international law at the University of Johannesburg, told DW It was possible though unlikely that the court would accept this latest case.

The plaintiffs are suing Germany under the Alien Tort Statute, also called the Alien Tort Claims Act, a US law dating back to 1789 which is often invoked in human rights case. There was a time when US courts and lawyers interpreted this legislation as a means by which human right violations in foreign countries could be brought within the jurisdiction of US courts, but those days are believed to be over.

Nigerian citizens sued the oil giant Shell Royal Dutch Petroleum in the United States in 2006. They accused the company and its Nigerian subsidiary of perpetrating human rights violations in Nigeria's Ogoni region. With the help of the Nigerian government, Shell was alleged to have brutally repressed peaceful resistance to the extraction of oil in the Niger Delta. The case ended up in front of the Supreme Court in 2013. The court ruled against the plaintiffs because the case did not "touch and concern" the United States.

Since that ruling, the Alien Tort Claims Act has only been applied in cases which do concern the United States. McCallion believes nonetheless that his class-action suit will go ahead. He told Reuters in January that the act leaves the door open for US courts to assert jurisdiction in genocide cases. Professor Swart is rather more cautious.

"It's also a question about the current mood in the US where there is no much openness to the use of  the Alien Tort Act anymore," she said.

It is possible that the Herero and Nama representatives are pursuing a two-pronged strategy. Irrespective of whether the class-action suit goes ahead or not, the case is bound to attract the media attention. When their lawyer announced the suit, both the British and US media covered the story. This puts indirect pressure on the German government, which has yet to officially apologize for the colonial-era genocide. 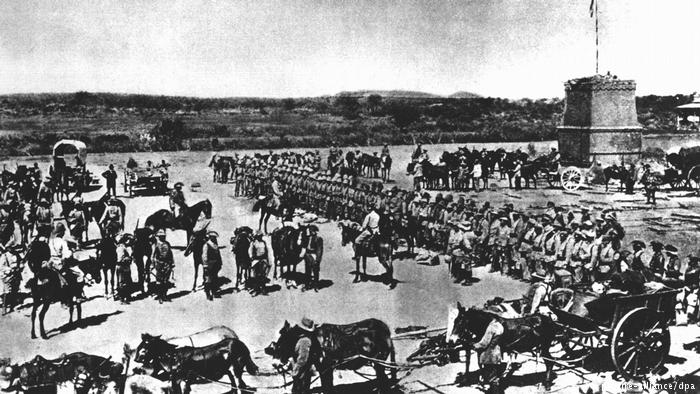 In what was German South West Africa in the early 1900s, German colonial troops were responsible for the deaths of more than 80,000 members of Herero and Nama ethnic groups; crimes regarded as the first genocide of the 20th century.

Herero and Nama representatives believe the mere threat of legal proceedings might encourage German officials to settle out of court. "And that might raise the issue of including the affected communities that feel they are excluded," Herero representative Esther Muinjangue told DW in Berlin last month.

That scenario looks unlikely. When the complaint was filed with the US District Court in Manhattan in January, ​​​​​​the German government appeared unruffled. Berlin's special envoy on the German-Namibian talks, Ruprecht Polenz, told DW at the time that the move had "not surprised" him.