Dozens of law school graduates protested on Saturday at the Supreme Court demanding equality with chancellors' and judges' sons who have been appointed to the State Council and prosecution service. They called for putting an end to the practice of inheriting judicial posts.

Protesters shouted slogans and raised banners with various demands such as “Where is justice, minister of justice?” and “Purging and Reform are the [Tahrir] Square’s demands.”

Protester Sayyed Ali, a graduate of Al-Azhar University’s Law School, said he graduated in 2009 with a 'very good’ grade, but wasn’t appointed to the State Council, while his colleagues obtained jobs at the prosecution services.

“I received my bachelor degree with a ‘very good’ grade. Although my colleague got a pass grade, he was appointed at the State Council for being the son of a chancellor at the council,” said Ahmed Abdel Rahman, another protestor.

Ahmed Yehia, coordinator of the law graduates’ coalition, said they will stage an open-ended sit-in and go on a hunger strike after three days, unless a justice minister’s representative meets with them and listen to their demands.

Protesters issued a statement demanding that judges who have violated the law by getting their sons appointed be questioned.

They also demanded the resignation of Attorney General Abdel Meguid Mahmoud and head of the judges club, Ahmed al-Zend.

Protesters called on the ruling military council not to approve new judicial appointments, to ensure they are not illegal. 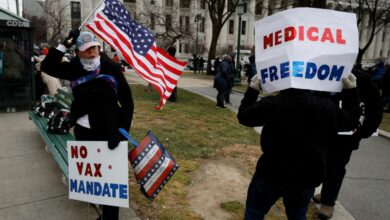