The Latest on a civil trial involving Taylor Swift and a former DJ she accused of groping her (all times local):

There are still issues left to decide when the jury returns Monday, even though the judge in the Taylor Swift court case determined a former radio host did not prove she personally set out to have him fired for allegedly groping her at a photo op before a concert.

David Mueller’s identical allegations against her mother and her radio liaison are expected to go to jurors, who will also consider Swift’s assault allegation.

Mueller is seeking up to $3 million, saying the allegation cost him his reputation and his job.

Swift countersued Mueller, saying she wanted a symbolic $1 and the chance to stand up for other women.

Taylor Swift’s attorney says he’s proud to represent the singer after a judge tossed a lawsuit from a former radio host she accused of groping her.

Outside court Friday, Douglas Baldridge pointed to the pop star’s willingness to file a countersuit after David Mueller sued her to claim she ruined his career.

Baldridge says he’s grateful to the judge, who determined that Mueller failed to show Swift personally set out to have him fired after the backstage meet-and-greet in 2013.

Mueller’s team didn’t speak in court after the decision.

The jury will consider his identical allegations against Swift’s mother and her radio liaison as well as the singer’s claim. 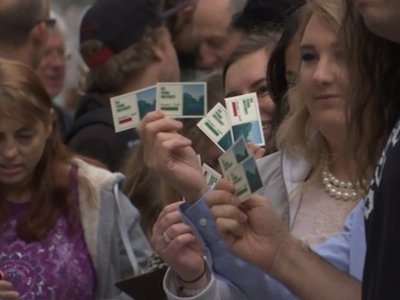 Fans line up early to watch the civil trial between pop star Taylor Swift and her courtroom opponent, former DJ David Mueller. Mueller contends Swift cost him his job, while she alleges he groped her at an event four years ago. (Aug. 11)

After U.S. District Judge William Martinez’s ruling, Taylor Swift and her team walked up to one another and hugged, smiled and whispered.

The team of former DJ David Mueller did not talk to one another or anybody else.

While the judge was ruling, Swift occasionally looked at her attorney for approval.

The jury will consider Swift’s counterclaim for a symbolic $1. Mueller’s identical allegations against Swift’s mother and her radio liaison will go to the jury.

A judge has thrown out a Denver DJ’s case against Taylor Swift just before jurors hear closing arguments in dueling lawsuits over whether the radio host groped her during a photo op and whether she and her team got him fired for it.

U.S. District Judge William Martinez determined Friday that the pop star could not be held liable because David Mueller hadn’t shown that she personally set out to have him fired after the backstage meet-and-greet in 2013. Mueller’s identical allegations against Swift’s mother and her radio liaison will go to the jury.

Mueller sued the Swifts and their radio handler, Frank Bell, seeking up to $3 million as compensation for his ruined career.

The singer-songwriter said in her countersuit that she wanted a symbolic $1 and the chance to stand up for other women.

The judge in the groping trial involving Taylor Swift and a former radio host has sent jurors home as he weighs whether to dismiss the DJ’s claims that the singer ruined his career.

Mueller denies groping Swift during a meet-and-greet before a 2013 concert in Denver and is suing Swift, her mother and her radio liaison for up to $3 million. Swift countersued, seeking a $1 judgment in her favor and alleging assault.

Jurors are scheduled to return Monday.

The attorney for the ex-Denver DJ who says Taylor Swift falsely accused him of groping her has rested his case.

Taylor’s attorney, David Baldridge, said he plans to ask for a ruling that Mueller did not prove his case when court reconvenes Friday afternoon.

Melcher testified that she met Taylor Swift along with Mueller at a pre-concert photo op in Denver’s Pepsi Center in 2013.

She says she saw nothing happen during the brief encounter. She says she and Mueller were rudely confronted and escorted out of the arena that evening.

Melchor says Mueller was devastated by the accusation. She says she and Mueller started out as co-workers at country station KYGO and became romantically involved in February 2013. They drifted apart late in 2013, but Melchor says they remained friends.

Mueller sued Swift, seeking up to $3 million because he was fired after Swift accused him of groping her.

Swift countersued, seeking a $1 judgment in her favor and alleging assault.

Taylor Swift’s former bodyguard says he did not immediately act when he saw Swift get groped by a Denver DJ because he didn’t sense danger.

Greg Dent testified Friday he only looked for David Mueller after a pre-concert photo session was over and Swift complained she had been groped.

Dent says he was several steps away from Swift and positioned so he could see Mueller reach under her skirt.

Mueller’s attorney, Gabriel McFarland, tried to get Dent to say why he did not react immediately.

“I didn’t sense danger after he touched her,” he said.

He described a long and close personal and professional relationship with Mueller.

A former bodyguard for Taylor Swift has said he saw a DJ she accuses of groping her reach under the singer’s skirt during a 2013 pre-concert meet and greet photo session.

But Greg Dent testified Friday he did not take any immediate action because he generally took his cues from Swift and she gave him none.

Dent said he was a few steps away from Swift at the photo-op and watched everyone who came in and left.

Dent said Mueller groped Swift under her skirt a moment before a staff photographer took a photo of Swift, Mueller and Mueller’s then-girlfriend.

He says the photo shows Swift trying to move away from Mueller. Swift testified the photo captured the exact moment she was groped.

Testimony has resumed in a civil trial over whether Taylor Swift was groped by a former radio DJ.

The pop superstar testified for about an hour on Thursday, sometimes using unflinching language in giving her account of what happened.

Swift used the word “ass” dozens of times on the witness stand as she told jurors that David Mueller reached under her skirt during a meet-and-greet photo op in 2013.

Mueller sued Swift after her team reported the alleged assault to his bosses at a country music station. He’s seeking up to $3 million, saying the allegation cost him his job and reputation.

Four years after Taylor Swift accused a radio station DJ of groping her before a concert in Denver, the pop superstar told her story in sometimes unflinching language and called the encounter despicable, horrifying and shocking.

Swift used the word “ass” dozens of times on the witness stand Thursday as she told jurors that David Mueller reached under her skirt during a meet-and-greet photo op in 2013.

Mueller sued Swift after her team reported the alleged assault to his bosses at a country music station. He’s seeking up to $3 million, saying the allegation cost him his job and reputation.

Her defiant, hour-long testimony came four days into a rapidly moving trial that is scheduled to last nearly two weeks. 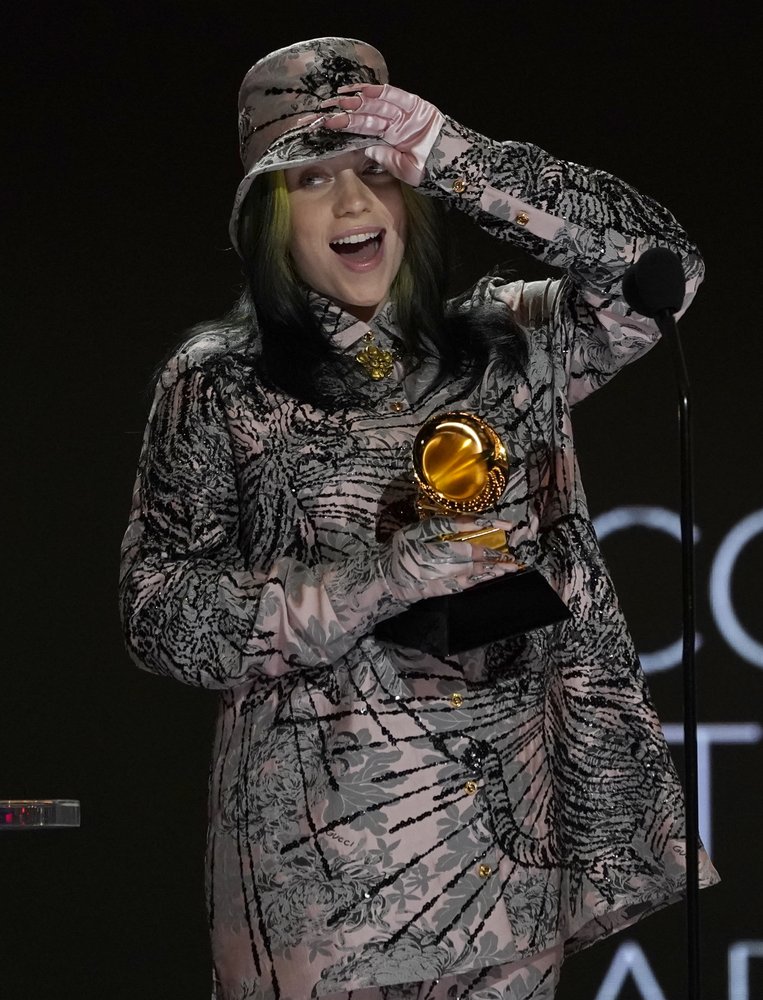 The joy of music returns for Grammy winners, performers 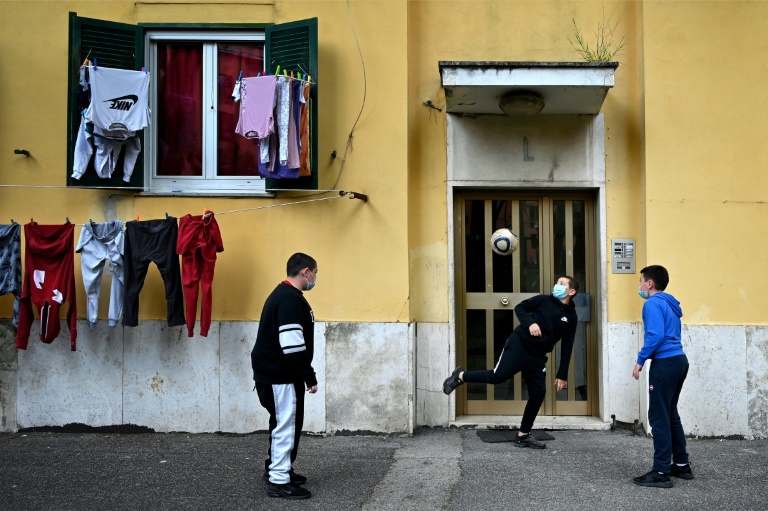 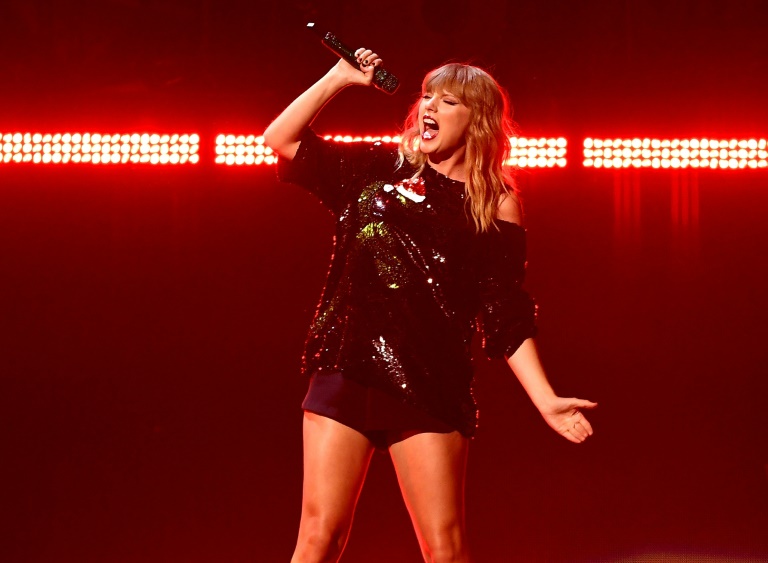