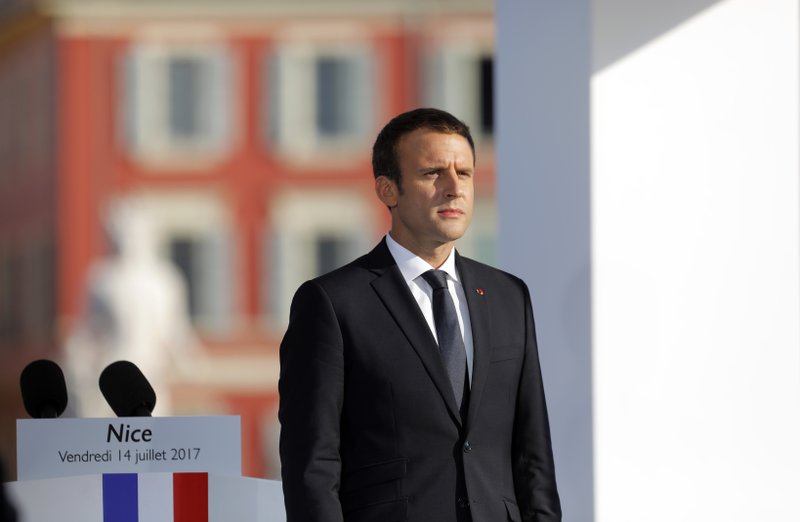 French President Emmanuel Macron has denounced his country’s collaboration in the Holocaust, lashing out at those who still downplay the French role in sending tens of thousands of Jews to death.

Commemorating 75 years since a mass roundup of French Jews outside of Paris, Macron insisted that “it was indeed France that organized this.” He said “not a single German” was directly involved, but French police collaborating with the Nazis.

Macron dismissed arguments by French far-right leaders that the collaborationist Vichy regime did not represent the French state, saying that is “convenient, but it is false.”

At a ceremony Sunday attended by Israeli Prime Minister Benjamin Netanyahu, Macron also pledged to fight continued anti-Semitism. He called for thorough investigation into the recent killing of a Parisian woman believed linked to anti-Jewish sentiment.

French President Emmanuel Macron and Israeli Prime Minister Benjamin Netanyahu are honoring the victims of a mass deportation of French Jews to Nazi camps 75 years ago.

French Jewish leaders are giving speeches at an emotional ceremony at the Vel d’Hiv stadium outside Paris, where French police rounded up some 13,000 people on July 16-17, 1942, before they were sent on to camps. Fewer than 100 survived.

Pro-Palestinian and other activists protested Netanyahu’s appearance, criticizing Jewish settlement policy and the blockade of Gaza.

Macron called it a “natural gesture” to invite Netanyahu but insisted in an interview Sunday in the Journal du dimanche newspaper he is “not trying to confuse the subject of the commemoration and Franco-Israeli relations.”

Another Jewish cemetery vandalized in US

The unorthodox path of a Ukrainian Jew in the 'new' Ukraine