A 3400-year-old statue of King Amenhotep III — thought to be the largest of its kind — was discovered in Luxor, Egypt's Antiquities Ministry announced Tuesday.

Archaeologists found the statue during an expedition, headed by Antiquities Minister Zahi Hawass, that has been working at the site for seven months.

The statue, carved from quartzite, is more than 13 meters high and is composed of seven large blocks, a Culture Ministry statement said.

Hawass said the statue was one of two previously located at the northern entrance to the Amenhotep temple at Qurna in Luxor. He said they had probably been destroyed during an earthquake that hit the region in 27 B.C.

The statue's blocks are currently being cleaned and put together to reassemble them at their original location, Hawass said. He noted that excavators are now searching for Amenhotep's head.

One is a black granite statue of the goddess Sekmet, intact but headless, found north of Amenhotep's temple. It is 185cm high and 74cm wide, according to the statement.

The other statue represents the god Thoth, depicted as a baboon.

Translated from the Arabic edition

Town dating back to Greek and Roman eras unearthed in Alexandria 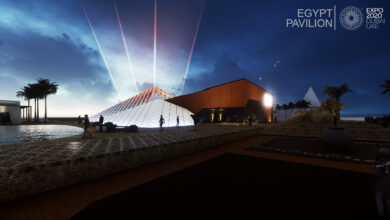