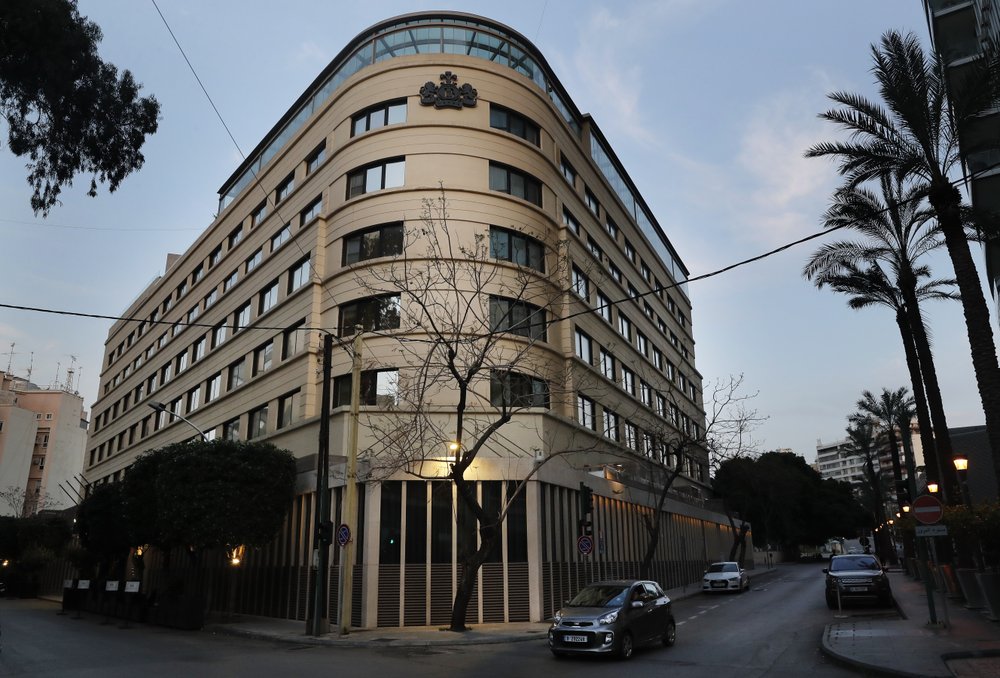 BEIRUT (AP) — One of Lebanon’s landmark hotels that survived the country’s bloody 15-year civil war and various other bouts of fighting is shutting down amid the country’s economic crisis and coronavirus pandemic, a hotel executive said Saturday.

The prestigious, nearly 70-year-old Le Bristol was closed temporarily as part of national measures to combat the spread of the virus. But Pascale Selwan Tabet, executive assistant manager, said the uncertainty gripping the world because of the virus coupled with the unprecedented economic crisis in Lebanon forced the owners to shut it down for good.

Once a place where the country’s socialites mixed with royalty, the grand hotel was famous for its ballroom parties and distinguished cuisine. It also boasted the country’s first ice skating ring. The hotel’s original design mixed eastern and modern styles preserved in a two-year renovation that added a contemporary touch. It is owned by the Doumet family, one of Lebanon’s richest.

An official announcement of the closure, which affects around 120 employees, is expected next week, Tabet said. The hotel’s past and current staff already began posting messages of farewell on social media.

Lebanon has been facing its worst economic crisis in decades, with unemployment figures soaring and the local currency losing more than half of its value against the dollar. Protests broke out nationwide in October against government corruption, further deepening the economic slump.

In February, the head of the hotel owners association said occupancy has fallen to between 10-15 percent in Beirut and much lower outside the capital. With the spread of the coronavirus, the country’s only airport was shut down and the government ordered Lebanon’s famous night clubs and restaurants to close, a major blow to the already staggering hospitality industry.

“The succession of these dramatic events in town and globally has impacted the hospitality industry. Then the coronavirus pandemic ‘executed’ the tourism industry,” said Tabet.

The decision to close wasn’t an easy one for the owners. In 2013 the hotel closed for two years to undergo a major renovation, reopening with a major party attended by the country’s rich and famous and foreign dignitaries. The staff received their full salaries during those two years, Tabet said.

It was the only two years the hotel shut its doors, with management resisting a shutdown during the country’s 1975 civil war, which lasted 15 years.

The hotel is part of Lebanon’s history and political landscape, hosting weddings and meetings of the country’s political elites.

The hotel also lies just across the street from where a notorious Israeli assassination operation took place in 1973 that killed three Palestinian officials and led to the resignation of the Lebanese government.

“Le Bristol is a landmark in Beirut. If the owners didn’t believe in the country they would not have undergone a two-year renovation,” Tabet said.

Le Bristol, famous for its chandeliers and ballrooms, opened its doors in 1951. The late Shah of Iran, Iran’s Princess Soraya and Prince Albert of Monaco were guests of the hotel. Saudi King Abdullah bin Abdul Aziz and French President Jacques Chirac also stayed there. One of the Arab world’s best known poets, Nizar Qabbani, was a regular at Le Bristol.

Image: A car drives past Le Bristol hotel in Beirut, Lebanon, Saturday, April 18, 2020. One of the country’s landmark hotels that has survived the country’s bloody 15-year civil war is closing its doors due to a combination of an economic crisis and the global health threat of the COVID-19 coronavirus, one of its executives said Saturday. (AP Photo/Hussein Malla)

US citizens in Lebanon decline repatriation offer, saying it's 'safer' in Beirut