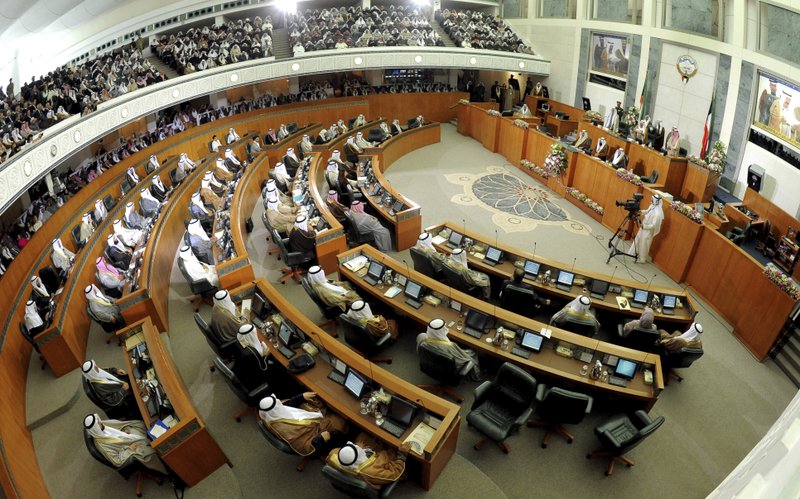 DUBAI, United Arab Emirates (AP) — Kuwait’s Cabinet submitted its resignation Tuesday, the latest development in a cycle of clashes between the government and lawmakers that long has convulsed the sheikhdom with the strongest parliament in the Gulf.

The move, while not a surprise after some 30 lawmakers backed a no-confidence motion against the government this month, reveals how the country’s politicking has caused instability, diminished public confidence and aggravated the oil-rich state’s worst economic crisis in decades.

The ministers quit after the recently elected members of parliament, more than 60 percent of them new faces, grilled the prime minister to protest his new Cabinet appointments. The decision to reinstate the old parliament speaker, who hails from an elite merchant family, stirred anger among new lawmakers skeptical of corruption and the country’s patronage system.

The prime minister must now submit the resignations to the country’s ruling emir, Sheikh Nawaf Al Ahmad Al Sabah, who is widely expected to accept them.

During their interrogation of the prime minister Sheikh Sabah Al-Khaled Al Hamad Al Sabah last week, lawmakers accused him of staffing the Cabinet with “provocative and unqualified members,” according to local media. Other sore points included the choices for interior minister and justice minister, who opposed a draft law on Kuwait’s stateless people that parliament had hoped to pass.

The tensions boiled over in last week’s parliamentary session, with footage showing shouting matches and physical brawls in the chamber. Security guards struggled to restrain lawmakers wearing traditional headdress and robes as they clambered over rows of chairs, screaming at supporters and friends of the parliament speaker.

“The lawmakers are trying to bring reforms, but they feel their hands are tied because the government keeps bringing in the same old faces,” said Mohammed al-Yousef, an independent Kuwaiti political analyst. “The system is designed to create deadlock.”

The resignation of the government raises concerns that the emir may dissolve parliament and force a second election in as many months. It wouldn’t be the first time. Kuwait’s unusual combination of an emir-appointed government and elected parliament frequently gives rise to wrangling that analysts say impedes the country’s economic and social progress. The parliament can introduce legislation and question ministers, though the country’s emir retains ultimate authority and ruling family members hold senior posts.

Last year, the ratings agency Moody’s downgraded Kuwait for the first time in its history as the coronavirus pandemic and plunging oil prices burned a hole in the country’s finances. Even with the treasury rapidly depleting, the government has no legal framework to deficit-spend beyond its current limit of $33 billion without parliamentary approval. Lawmakers have fiercely opposed raising the debt ceiling, fearing the money will be pillaged thanks to corruption.

FILE – This Dec. 16, 2012 file photo shows a General view of Kuwait’s National Assembly during the inauguration of the 14th Legislative Term of the National Assembly in Kuwait. Kuwait’s Cabinet submitted its resignation on Tuesday, January 12, 2021, the latest development in a cycle of clashes between the government and lawmakers that long has convulsed the sheikhdom with the strongest parliament in the Gulf. (AP Photo/Gustavo Ferrari, File)