Kuwaiti authorities shut the local offices of the Al-Jazeera TV network and withdrew its accreditation Monday after it covered a violent police crackdown on a meeting of opposition lawmakers in the oil-rich Gulf country.

The Qatar-based satellite station denounced Kuwait's allegations that it was meddling in its internal affairs and said it would continue to cover the country despite the ban on its reporters.

Kuwait's sensitivity over the coverage pointed to the fragility of its limited steps to open its political scene. Kuwait has led the conservative Gulf region in giving its people some democratic rights and allowing greater freedom of expression.

It has the oldest elected parliament in the Gulf — including female lawmakers — that wields considerable power. But ultimate control still lies with the ruling family, and despite a vibrant press, criticism of senior officials and royalty remains a sensitive matter.

Al-Jazeera aired footage last week of police using batons to beat and disperse opposition lawmakers and their supporters during a meeting to discuss what they say is a government rollback on freedoms.

The station said Kuwait's Information Ministry then threatened to shut its offices if it went ahead with plans to interview an opposition lawmaker to comment on the violent breakup of the meeting. Al-Jazeera refused to scrap the interview.

"This was the station's commitment to its viewers and professional principles," Al-Jazeera said in a statement. "The station also affirms that it had asked (government) officials to recommend a commentator to convey the government's point of view on the program. But they declined."

The Information Ministry said the closure was in response to the station's refusal to heed warnings to all media not to cover recent political developments. It said the station was meddling in Kuwait's internal affairs.

The lawmaker whose interview triggered the ban, Mussallem al-Barak, spoke to Al-Jazeera again on Monday by telephone and said if it weren't for the network the truth about the crackdown would have been fudged.

"I regret this illegal decision," al-Barak said of the decision to close the station's offices. "It is not a heroic act."

Al-Barak and two other opposition lawmakers presented a motion to question the country's prime minister in parliament over the violent crackdown. That session is scheduled for 28 December.

Al-Jazeera, one of the Arab world's most popular news stations, was barred from operating in Kuwait in 2002 for two and half years over its coverage of US forces in Kuwait before the 2003 invasion of Iraq. In 1999, the station was also banned for a month after an Iraqi caller insulted Kuwait's emir.

Al-Jazeera has occasionally run into problems with authorities in other Arab countries, including Saudi Arabia, Iraq, Bahrain, Jordan and Morocco. Unlike Arab state-run media, the station often airs views of local opposition figures and their criticisms of their countries' rulers. 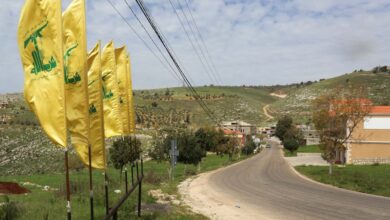