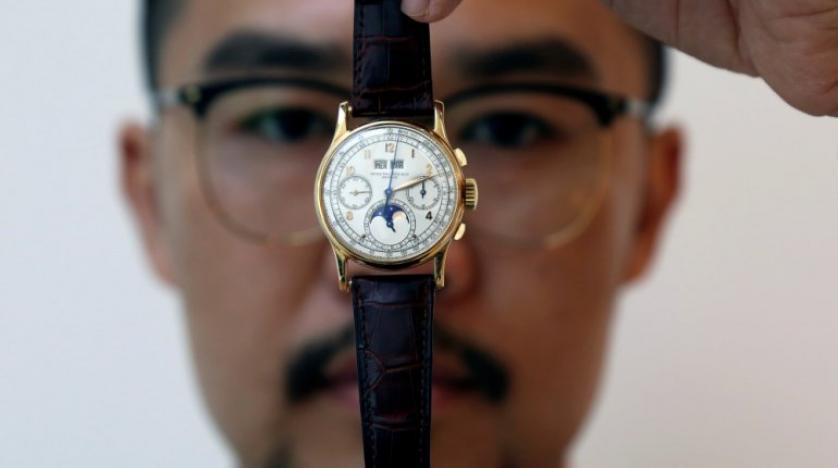 The British Christie’s Auction House is expected to auction off a rare gold watch once owned by Egypt’s King Farouk (r. 1936-1952) in Dubai on Friday.

Christie’s gathers watch connoisseurs from around the world to showcase exclusive masterpieces during its Dubai Watch Auction.

The prestigious watch was personalized by Patek Philippe (reference 1518) and is expected to be sold at between US$400,000 and US$800,000. Another 180 watches of luxurious brands will be auctioned off as well.

Farouk’s watch is said to be one among the 281 pieces produced by a luxurious Swiss watch company. It carries the inscription of the Egyptian Kingdom’s crest and a chronograph and perpetual calendar. The watch is said to be the first one created by any watch manufacturer to combine both.

Speaking to Reuters, Remy Julia, head of Watches in the Middle East, India and Africa division at Christie’s in Dubai said, “Reference 1518 by itself is a watch that at the time only the elite, the nobility and the most important clients of Patek Philippe would afford”.

“Why? Because of the price and because it was done in extremely small quantity. Remember that in those days having a watch itself was a luxury. So how about having a gold watch by the best maker, complicated, with perpetual calendar and chronograph,” he told Reuters on the sidelines of a press event to showcase auction items.

Farouk was the tenth ruler of Egypt and hailed from the Mohamed Ali dynasty. He was the last king to lead Egypt before being toppled in 1952 by disgruntled army officers led by Gamal Abdel Nasser, who accused Farouk of being a puppet to the British occupation authorities. He was well-known for his passion for collecting rare watches, which he had inherited from his father King Fouad I, who owned many pieces created by the world’s greatest watchmakers.

Video: Egyptian King Farouk's stolen bedroom put up for sale at $1 million in US