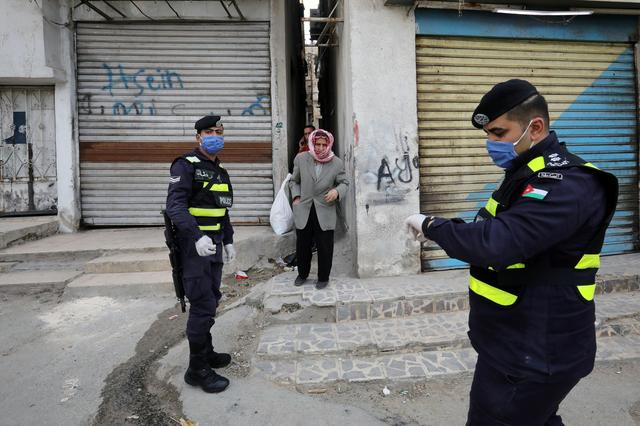 However, it will not yet lift a curfew imposed nearly a month ago that restricts the movements of Jordan’s 10 million people and imposes total shutdowns during weekends, Razzaz said.

The curfew came days after the monarch enacted an emergency law that gave the government powers that restrict civil and political rights and sent more than 60,000 troops and police across the country to enforce the new laws.

The prime minister said the new measures could also include allowing people to move more freely in some regions outside the capital, but he said they could be rescinded if Jordan sees a further rise in cases of the coronavirus.

“At any point we see more cases our duty would be to reconsider these steps,” Razzaz said, referring to Jordan’s 401 confirmed cases and seven deaths.

Officials are worried the crisis, which has hit hard the five billion US dollar-a-year tourism sector, a main source of foreign currency, will slash growth projections and deepen an economic downturn in the debt-dependent economy.

The government has allowed only food and dairy industries and some export-oriented industries such as pharmaceuticals, potash and phosphates to continue some of their operations.

Workers in small businesses are feeling the impact of the crisis, with no income flowing in since the lockdown that has brought many sectors of the economy from construction to public works to a standstill

The resumption of work will help some of the tens of thousands of workers who have been without work since the lockdown.

Economists say loss of income would deepen poverty among a significant number of the population and raised the specter of social unrest.

Many businessmen have also been lobbying to get their companies reopened, warning of bankruptcies and layoffs in a prolonged lockdown.

The government earlier this week extended closure of public offices, schools and universities until the end of this month. The kingdom has also closed its land borders with Iraq, Syria, Israel and Saudi Arabia and stopped all international flights.

Image: Jordanian police officers stand guard as a man waits to get bread in a closed-down part of Al-Nasr area, amid the coronavirus disease (COVID-19) outbreak, in Amman, Jordan, April 15, 2020. (REUTERS/Muhammad Hamed)