The cost of establishing the Grand Egyptian Museum exceeded US$1 billion, 75 percent of which was paid by Japanese loans to the Egyptian government, Minister of Antiquities Khaled al-Anany said.

He expected that the number of tourists to Egypt will increase after the museum’s inauguration.

During the Egyptian-Japanese workshop, held on Monday at a Cairo hotel on the development of the Giza Pyramids, Anany added that Egypt seeks to take advantage of the Japanese expertise to develop the Giza Pyramids area.

He added that the role of the Japanese government is not limited only to the loan, but includes the training of employees at the Grand Egyptian Museum and other Antiquities Ministry workers.

The Egyptian Antiquities Ministry is currently intensifying its efforts to complete the transfer of antiquities from the Egyptian Museum located inside Tahrir square and other archaeological locations to the Egyptian Grand Museum, which is still under construction.

The Egyptian Antiquities Ministry seeks to turn the Egyptian Grand Museum into the biggest museum in the world and also to rightly value the antiquities pieces being displayed there that are affiliated to the Pharaonic, Greek and Roman civilizations.

According to the state-run newspaper Al-Ahram, the Egyptian Grand Museum will comprise 100,000 artifacts; only 42,000 pieces have been transferred to the museum so far.

Anany stated previously that the Grand Egyptian Museum will be opened by mid-2018, adding that the total cost of the construction process of the establishment will be LE20 billion. 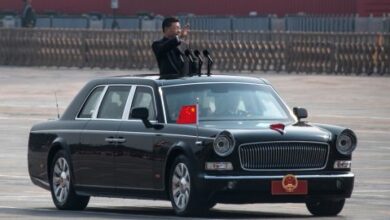