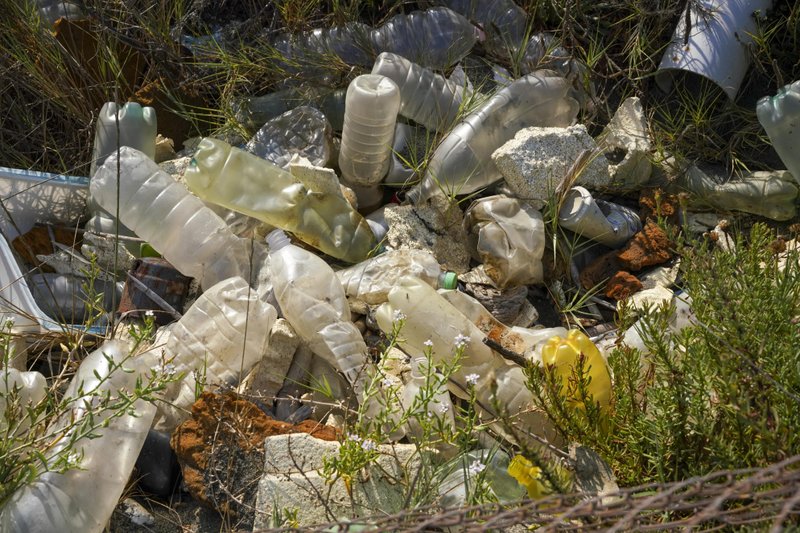 ROME (AP) — Italy produced 10 percent less garbage during its coronavirus lockdown, but environmentalists warn that increased reliance on disposable masks and packaging is imperiling efforts to curb single-use plastics that end up in oceans and seas.

Italian researchers estimate that during the peak months of Italy’s lockdown in March and April, urban waste production fell by 500,000 tons. That decrease is enabling dumps in Italy — where trash collection in major cities has often become a hot-button political issue — to absorb the 300,000 tons of extra waste from protective masks and gloves estimated to be used this year, according to the Italian Institute for Environmental Protection and Research.

“Substantially, the figures will balance each other by the end of this year,” Valeria Frittelloni, the institute’s head of waste management and circular economy, told The Associated Press.

But the pandemic dealt a blow to efforts to move away from single-use plastics in many places where they were just beginning to become mainstream. U.N., Greenpeace, Italy’s Marevivo environmental organization and other such groups are warning that continued reliance on single-use plastics will pose longer-term risks to the environment.

That’s particularly true for a country with a long coastline along the Mediterranean Sea, which is plagued by the tiny bits of broken-down plastic known as microplastics.

“We don’t have an estimate yet of how much of those objects were dumped in the environment, but what is sure is that all those that have been abandoned sooner or later will reach the sea,” said Giuseppe Ungherese, head of anti-pollution campaigns at Greenpeace Italy.

After years of reducing reliance on products like plastic bags and cutlery, in line with European Union directives, Italy saw a huge spike in plastic use during the coronavirus emergency. The Italian National Consortium for the Collection and Recycling of Plastic Packages said the increase in online shopping and its related packaging led to an 8% increase in plastic waste, even within an overall decrease in garbage production.

Keiron Roberts, an environmental research fellow at the University of Portsmouth in England, said other countries saw similar demand for plastics and cardboard as a result of the so-called Amazon effect — referring to a surge in reliance on the internet retailer as people holed up to abide by stay-at-home orders. But he concurred that within Europe, Italy was in a particularly vulnerable spot.

“Because you are surrounded by coastline, you just need to have some rain events that will wash these masks into the sewage system or into the rivers and the waterways and they will eventually make their ways into the ocean,” he said.

“There’s no area of the Mediterranean now where plastic hasn’t impacted,” he added.

Italy’s National Center for Research reported in 2018 that the presence of microplastics on surface seawater off Italy’s coasts was comparable to levels found in the Great Pacific Garbage Patch, the collection of ocean debris that spans part of that ocean.

Globally, the U.N. Environment Program has warned that the increased use of single-use plastics in protective equipment could lead to uncontrolled dumping and add to marine pollution, and it has urged countries to develop adequate disposal plans. The U.N. Trade body, UNCTAD, estimates that worldwide global sales of face masks alone will reach $166 billion this year, up from $800 million in 2019.

Even before the COVID-19 crisis, only a quarter of Italy’s waste was recycled, with an estimated 53 kilotons of plastics leaking into the Mediterranean each year, according to the environmental group WWF.

“Plastics and global warming are the main threats, and we need to act now to prevent our planet and sea from transforming into a hostile and unlivable environment,” said Greenpeace’s Ungherese.

By PAOLO SANTALUCIA and NICOLE WINFIELD

Image: Garbage is seen next to beach at Fiumicino, near Rome, Saturday, Aug. 15, 2020. Italy produced 10 percent less garbage during its coronavirus lockdown, but environmentalists warn that increased reliance on disposable masks and packaging is imperiling efforts to curb single-use plastics that end up in oceans and seas. (AP Photo/Andrew Medichini)

How your clothes become microfibre pollution in the sea