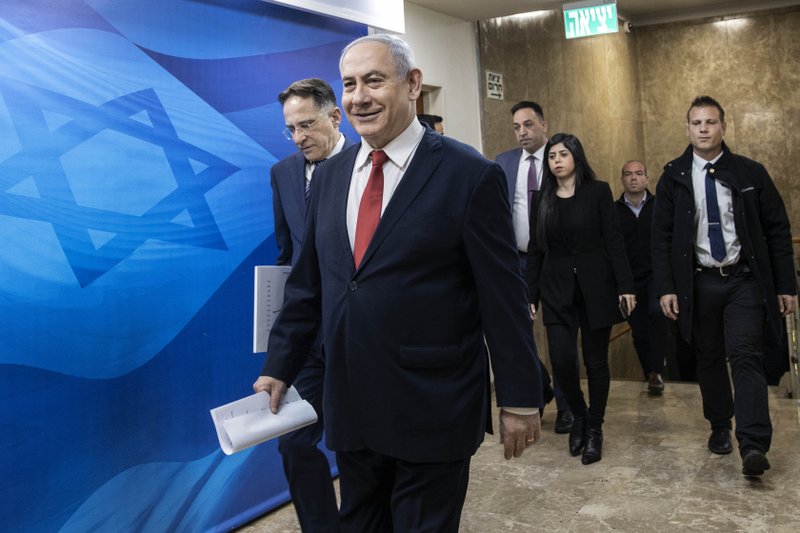 JERUSALEM (Reuters) – Israel’s left-wing parties said on Monday they would join forces ahead of a March 2 national election to regain dwindling influence in parliament and pose a fresh challenge to Prime Minister Benjamin Netanyahu.

Labour, which dominated Israeli politics for decades and spearheaded peace efforts with the Palestinians, will join with the veteran party Meretz after seeing their combined seats in the 120-seat Knesset diminish from 29 to 11 after two inconclusive elections this year.

Many of their voters have defected to the upstart centrist party Blue and White, led by former general Benny Gantz which is the main challenger to Netanyahu’s right-wing Likud.

The change in the political landscape coincides with a squabble among lawmakers over an immunity request submitted by Netanyahu, who is under indictment in three criminal cases.

Netanyahu and Gantz failed to form governing coalitions after April and September votes, plunging the country towards an unprecedented third election in less than a year.

The new left-wing alliance will be headed by Labour’s Amir Peretz, a former defense minister who called the merger “a partnership of change and hope”. Under leaders like Yitzhak Rabin, Labour was a driving force in Israel’s efforts to solve the Israeli-Palestinian conflict.

Netanyahu, Israel’s longest-serving premier, has asked parliament to protect him from prosecution on charges of bribery, fraud and breach of trust.

But without a majority of votes in parliament to get it done, he is now pushing to delay debate over his immunity request until after the election — ensuring his trial would not begin until after Israelis go to the polls and possibly grant him a new mandate.

Gantz’s Blue and White is working to hold the debate as soon as possible.

Netanyahu denies any wrongdoing, saying he is the victim of a witch hunt by the media and left to oust a popular right-wing leader.

Close associates of Israeli PM to be indicted in graft case