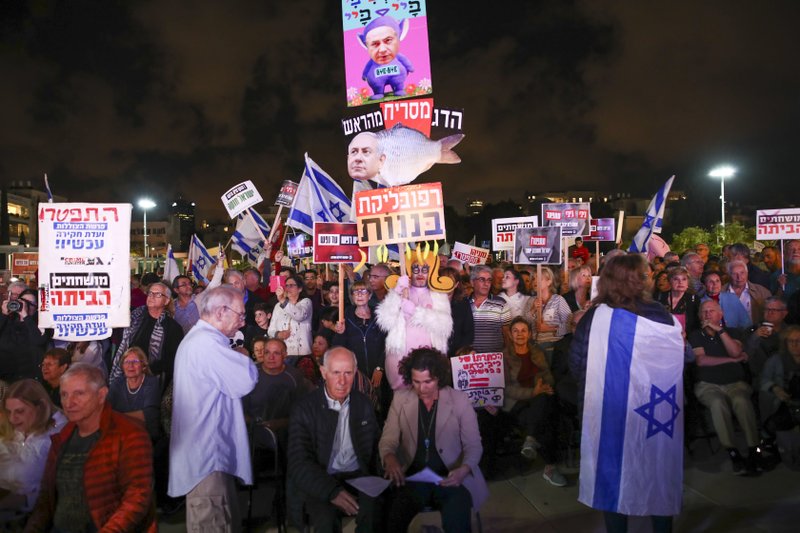 Weekly protests have been taking place for the past four months, with crowds calling on Netanyahu to resign over criminal corruption charges and his handling of the coronavirus. During a month-long lockdown, the protests were scaled back due to virus restrictions that allowed gatherings only within one kilometer (half a mile) from people’s homes.

But the restrictions were lifted last week, and the large Jerusalem protest resumed.

The protests have drawn tens of thousands of people to Jerusalem, as well as inspired smaller gatherings across the country. Protesters held signs Saturday that said: “Rise up Israel. We are the hope,” and “Saving the country, fighting corruption.”

The prime minister was accused of mishandling the lifting of the country’s first lockdown, and he imposed a second lockdown ahead of the Jewish High Holidays in September that hit the country’s already battered economy. About 25 percent of the workforce is unemployed or on open-ended furloughs.

Struggling business owners and unemployed workers have become a key component of the protest movement.

Netanyahu has been charged with fraud, breach of trust and accepting bribes in a series of scandals involving wealthy associates and media moguls.

On Friday, Sudan agreed to normalize ties with Israel, becoming the third Arab state to do so in the past two months after United Arab Emirates and Bahrain. But the U.S.-brokered peace deals have done little to pacify the domestic anti-Netanyahu protests.