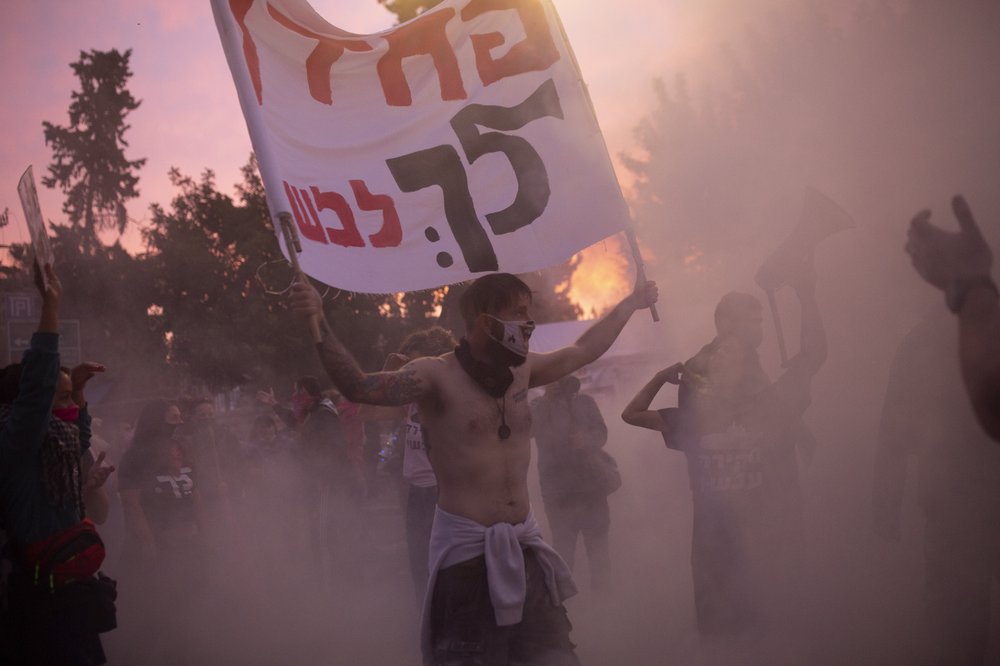 Police said at least seven demonstrators were arrested for disorderly conduct. The demonstration was organized by Crime Minister, one of several groups that have sprung up in recent months calling for Netanyahu to resign over the trial and his government’s handling of the coronavirus.

The protesters read the indictment outside his residence. He was supposed to appear in court Wednesday, but the hearing was postponed to February 8 because of a coronavirus lockdown that heavily restricts public gatherings.

For months, protesters have held weekly demonstrations outside the prime minister’s office and at major road intersections and bridges across the country.

Netanyahu was indicted last year on charges of bribery, fraud and breach of trust linked to three corruption cases. He has denied any wrongdoing and accuses the media, law enforcement and judicial officials of waging a “witch hunt” against him.

Netanyahu is once again fighting for re-election ahead of a nationwide vote in March — the fourth to be held in Israel in less than two years. Polls show his Likud party winning the most seats but being unable to form a coalition government because of rivalries with other right-wing leaders.

IMAGE: An Israeli anti-government protester holds a banner as he is enveloped in the smoke from a bonfire outside of the official residence of Prime Minister Benjamin Netanyahu on the day his corruption trial was originally scheduled before it was postponed, in Jerusalem, Wednesday, January 13, 2021. In Hebrew, the sign reads: “Coward! Go to trial!” (AP Photo/Maya Alleruzzo)