JERUSALEM, Jan 19 (Reuters) – Israeli police forcibly evicted a Palestinian family from their home in a flashpoint East Jerusalem neighborhood on Wednesday before a digger tore down the property, ending a standoff that has drawn international attention.

Resident Mahmoud Salhiyeh took to the roof of the house in Sheikh Jarrah on Monday, threatening to blow it up with gas canisters if he and his family – who he said have lived there for decades – were forced out.

Police who had been deployed to the area then withdrew, leaving family members and activists maintaining a vigil inside and on top of the building.

But armed officers returned before dawn on Wednesday, clearing everyone from the site. A mechanical digger demolished the property, leaving behind a mound of concrete and twisted metal strewn with furniture, family photographs, ornaments and children’s toys.

Jerusalem municipal authorities had expropriated the plot on which the house stood, which lies in an area of East Jerusalem that Israel captured and occupied in a war in 1967 and later annexed.

Israel regards all of Jerusalem as its capital, but Palestinians claim the east of the city as the capital of a future state.

Witnesses said some 25 people were detained at the property and a Reuters journalist saw police carrying away gas canisters before dawn.

‘WE CAN’T REACH THEM’ 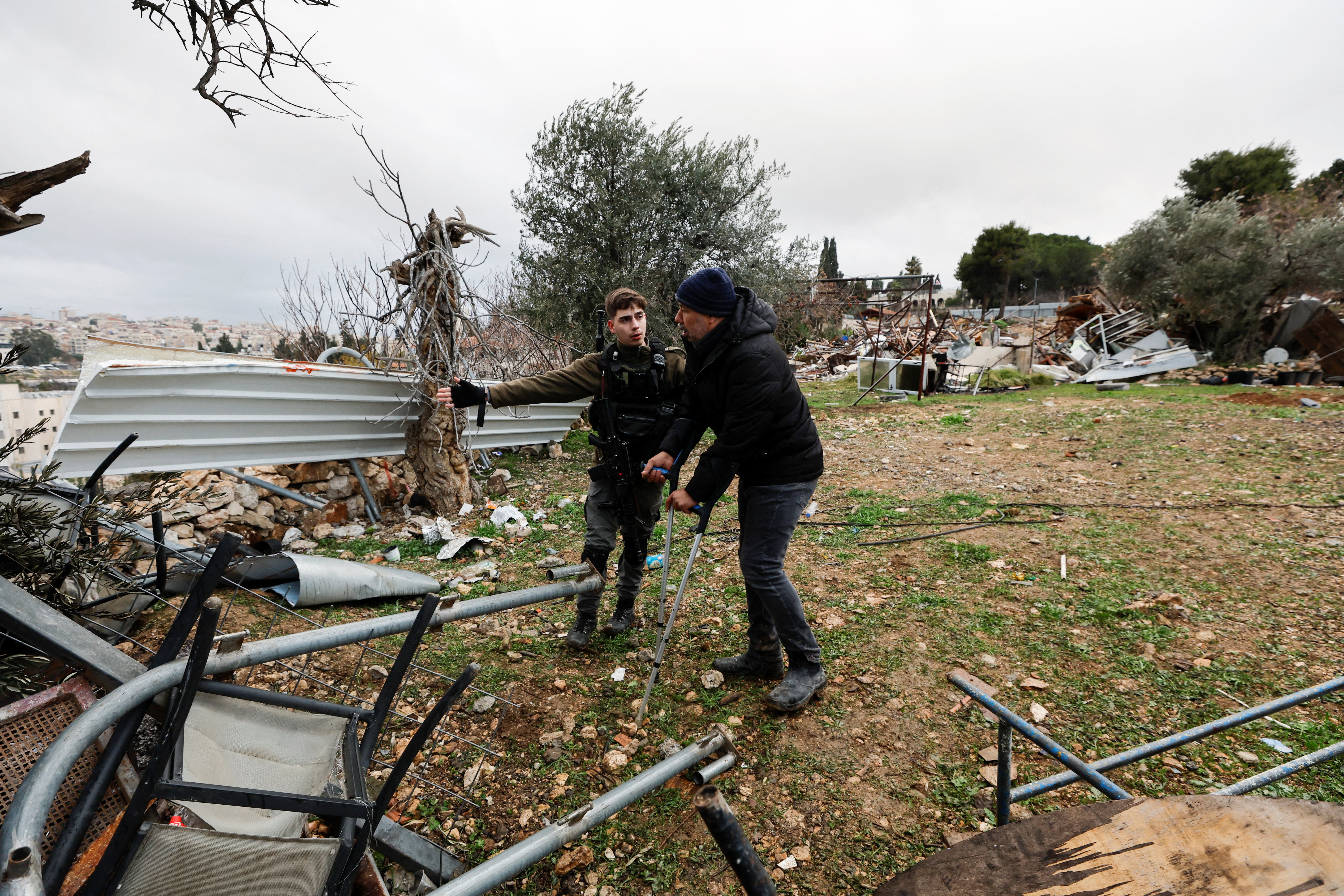 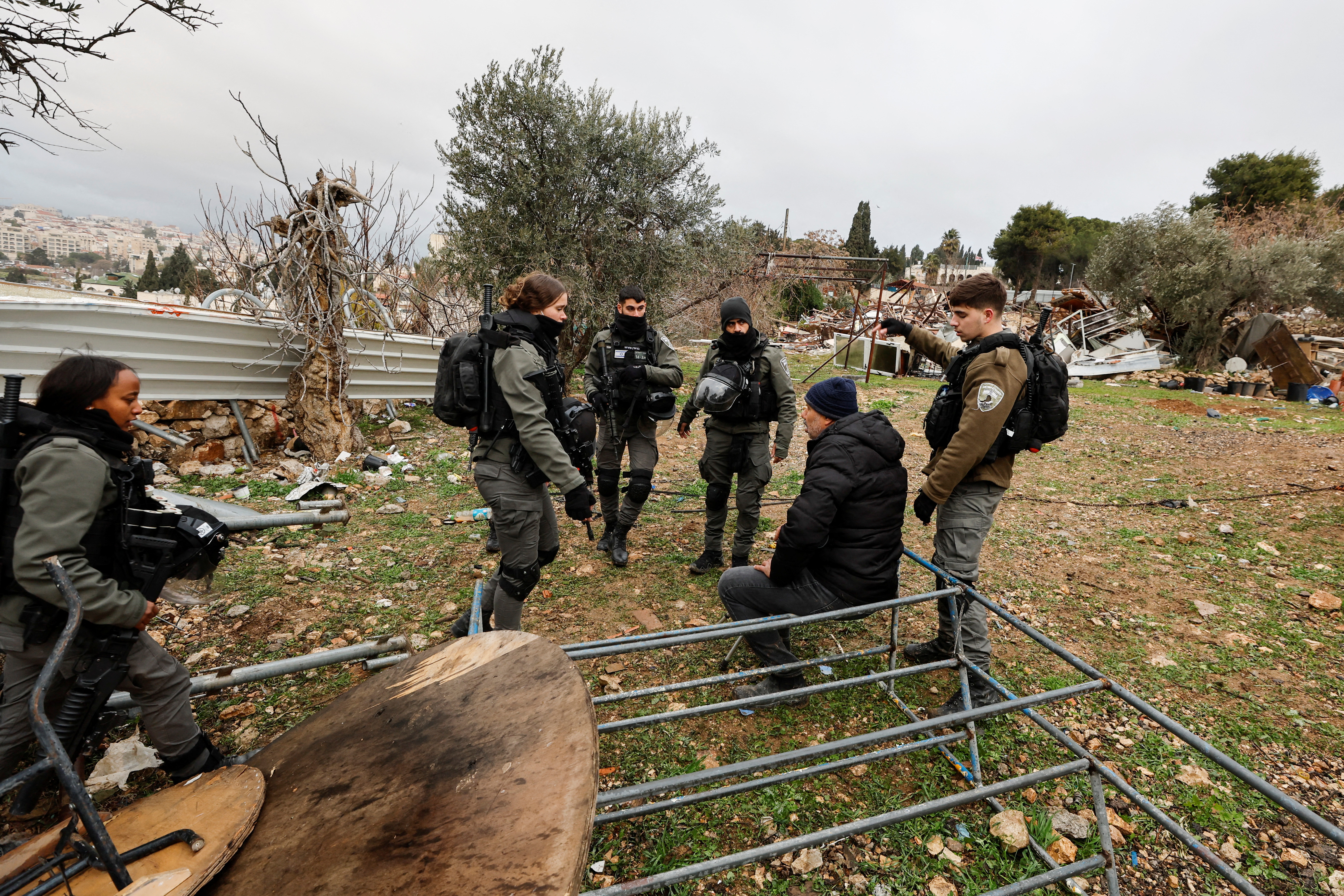 Members of the Israeli border police speak with a Palestinian man at the site of a demolished house in the Sheikh Jarrah neighborhood of East Jerusalem January 19, 2022. REUTERS/Ammar Awad

Mohammed Salhiyeh, a relative, said he had been unable to contact Mahmoud or anyone else who lived in the house.

“Their phones are all off, we can’t reach them,” he told Reuters. He said the evicted family had made no plans to relocate. “They didn’t have a plan to go anywhere, they didn’t think it was an option,” he said.

Mahmoud Salhiyeh says he has been fighting court battles over the plot for 25 years.

A joint statement by the police and the Jerusalem municipality said the family had been given “countless opportunities” to hand over the land since an evacuation order was served in 2017.

It said the authorities were enforcing a court-approved eviction order of “illegal buildings built on grounds designated for a school for children with special needs”.

The area has seen clashes between Jewish settlers and Palestinian families facing eviction, turning it into an emblem of what Palestinians regard as an Israeli campaign to force them out of East Jerusalem.

One international activist who watched the early morning demolition said: “I am devastated. You see livelihoods being destroyed in front of your eyes, and now the house is gone.”

The site is across from the British Consulate in East Jerusalem, which said on Monday that evictions in occupied territory, in all but the most exceptional circumstances, were against international humanitarian law.

It urged the Israeli government to “cease such practices which only serve to increase tensions on the ground.” 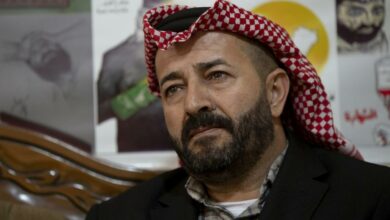