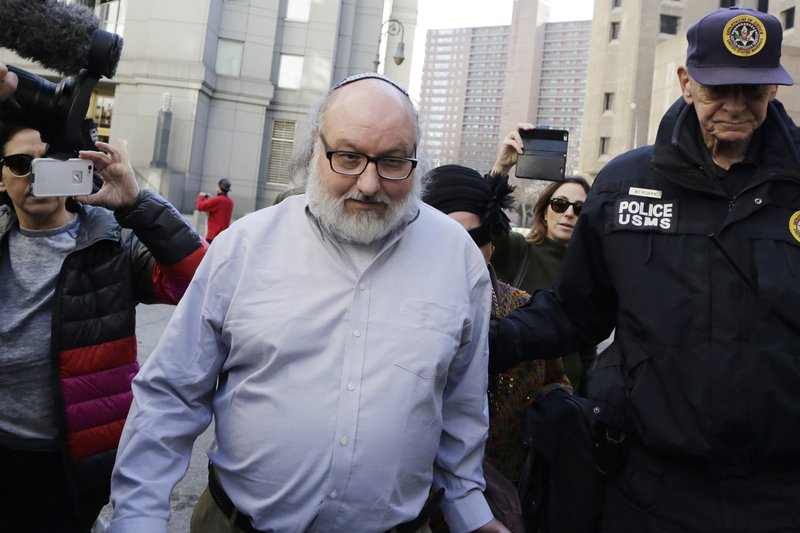 JERUSALEM (AP) — Israeli Prime Minister Benjamin Netanyahu on Tuesday phoned Jonathan Pollard, the former US Navy analyst convicted of spying for Israel in the 1980s, telling him: “We’re waiting for you.”

The US Justice Department announced last Friday that Pollard had completed his parole, clearing the way for him to move to Israel 35 years after he was arrested.

“You should have now a comfortable life where you can pursue, both of you can pursue your interests,” Netanyahu said in a conversation with Pollard and his wife Esther. Netanyahu’s office released excerpts of the videotaped conversation.

Esther Pollard is undergoing medical treatment in New York for cancer. It is not yet clear when the couple will be able to move to Israel.

Netanyahu promised top-notch medical care for Esther Pollard, and speaking in Hebrew to her, said the country is ready to receive them with “open arms.”

“Your nightmare is over and you can come home to Israel,” Netanyahu said.

Pollard, a civilian intelligence analyst for the US Navy, sold military secrets to Israel while working at the Pentagon in the 1980s. He was arrested in 1985 after trying unsuccessfully to gain asylum at the Israeli Embassy in Washington and pleaded guilty. The espionage affair embarrassed Israel and tarnished its relations with the United States for years.

Pollard was given a life sentence and US defense and intelligence officials consistently argued against releasing Pollard. But after serving 30 years in federal prison, he was released on November 20, 2015, and placed on a five-year parole period that ended last week.