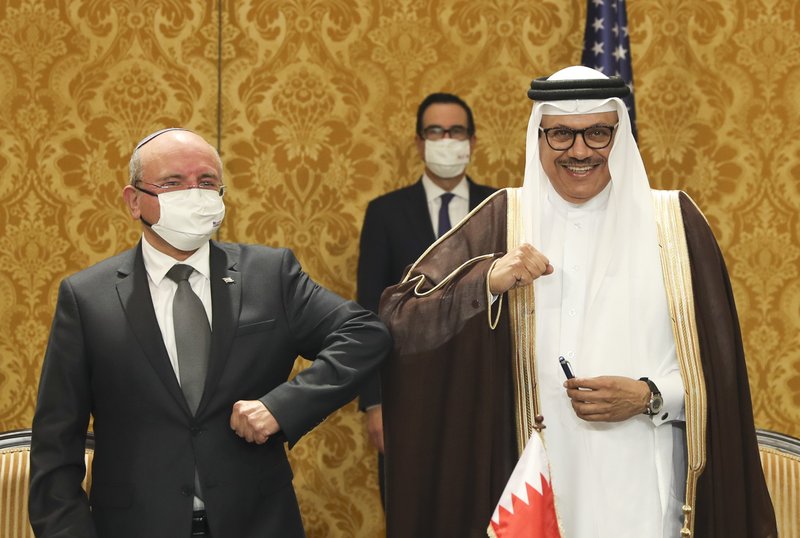 JERUSALEM (AP) — The Israeli Cabinet approved the normalization deal with the Arab Gulf state of Bahrain on Sunday, a week after the two countries agreed to establish formal diplomatic ties.

The deal next requires ratification by the Knesset, Israel’s 120-seat parliament. A date for that vote has not yet been set.

Prime Minister Benjamin Netanyahu’s office said the government ministers green-lit “preparation of peaceful, diplomatic and friendly relations between the state of Israel and the Kingdom of Bahrain.”

Sunday’s vote was largely a formality after the two countries last week agreed to establish diplomatic relations in the wake of signing a US-brokered agreement in September. The two countries had long harbored close, clandestine security cooperation over a shared enmity of regional rival Iran.

The United Arab Emirates, which signed a separate deal with Israel in September, and Bahrain are now the third and fourth Arab states to establish formal diplomatic ties with Israel. Egypt and Jordan signed peace treaties with Israel in 1979 and 1994, respectively.

Netanyahu said Sunday that an Israeli delegation would be heading to Bahrain “to discuss cooperation in many fields, including immigration, which we are discussing.”

Palestinians have criticized the agreements as a betrayal that erodes longstanding consensus in the Arab world that relations with Israel should only come after the establishment of an independent Palestinian state.

Lebanese divided over hopes for wider peace with Israel