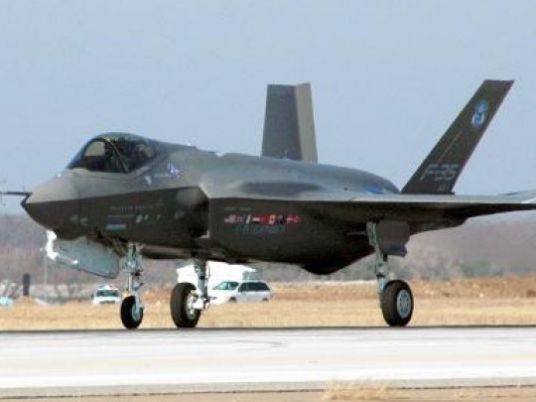 Israel's neighbours are buying arms on a scale that threatens its regional military superiority, the deputy Israeli air force chief said on Sunday, in remarks that appeared aimed at helping secure more defence aid from a reluctant Washington.

US military payouts to Israel, currently around US$3 billion annually, expire in 2018, and Israeli officials have spoken of needing around $4.5 billion. US officials have balked at such an increase.

At the heart of the dispute is how to perpetuate Israel's qualitative military edge — a guarantee that it gets more advanced US weapons than Arab states get. Israel says it needs to bulk up its armed forces, not just upgrade their technologies, to keep ahead of potential foes.

"There are countries here which have plans that are being actualised for arms deals in the hundreds of billions of dollars, for the most advanced Western weaponry and the most advanced Eastern weaponry," Brigadier-General Tal Kelman told a conference to promote Israel's purchase of the advanced US fighter jet the F-35.

Kelman did not specify countries other than Iran, which the Israelis fear will use sanctions relief from last year's nuclear agreement to build up its ballistic missile program and arm Islamist guerillas like Lebanon's Hezbollah militia.

Some Israeli officials have privately voiced concern about US weapons systems being supplied to Western-aligned Gulf Arabs, as well as Egyptian interest in advanced Russian arms, though in neither case are the countries openly hostile toward Israel.

"There is a very great danger here, because today's enemy can be tomorrow's friend, and today's friend could be tomorrow's enemy," Kelman told the forum, hosted by Israel Defense magazine and Fisher Brothers Institute for Air and Space Strategic Studies.

A slide projected at the conference by Gary North, a retired US air force general now with F-35 manufacturer Lockheed Martin, showed Russian radars in Syria covering much of Israel as well as its Mediterranean training areas. The F-35 has stealth capabilities.