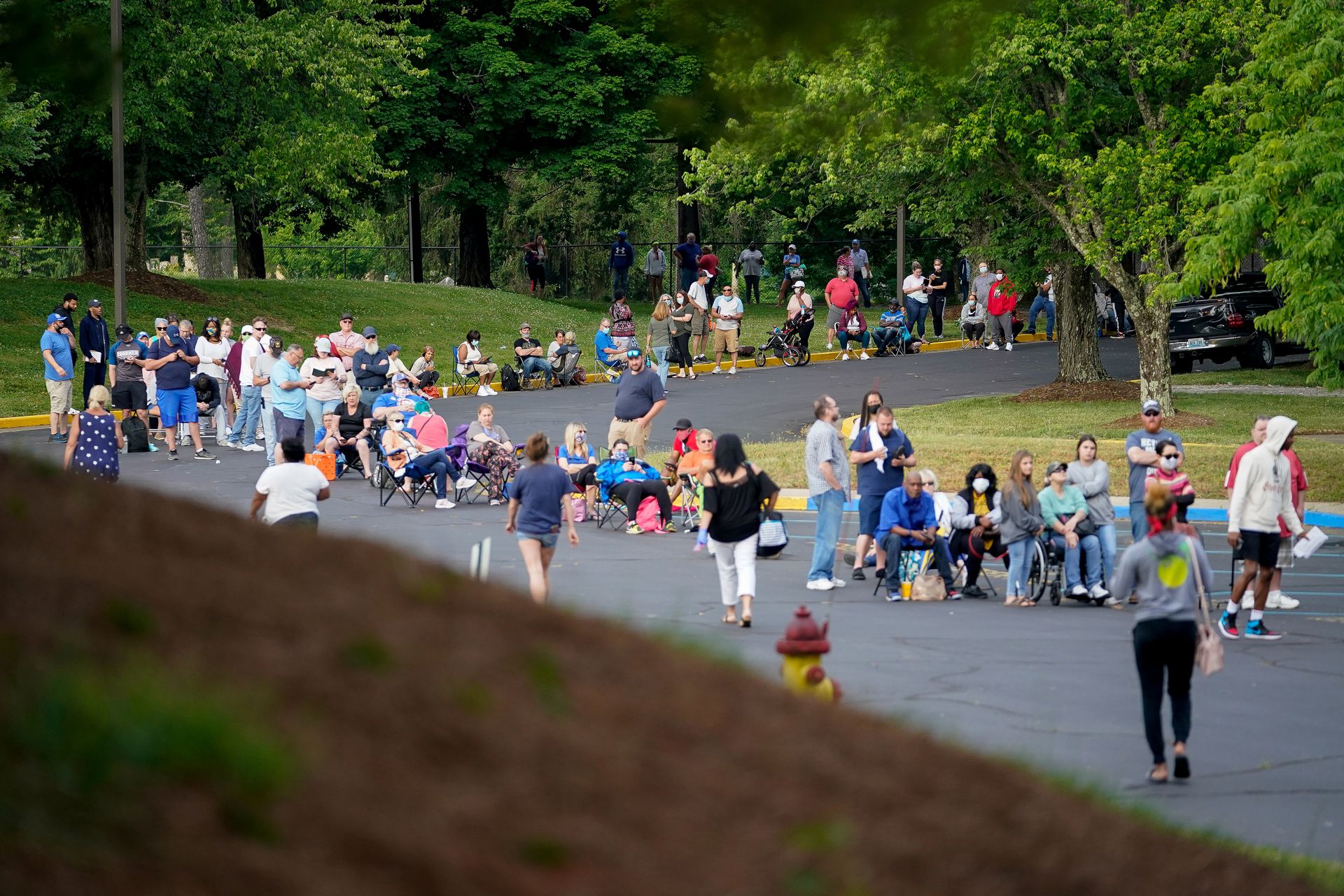 The US economy is growing at its fastest rate since the early 1980s while household bank accounts are bulging with cash doled out by the federal government to blunt the impact of the coronavirus pandemic.

Over 900,000 jobs were added in March and a Reuters poll of economists expects just under one million more for April, although some forecasters expect double that gain.

Is the United States still in recession?

Common sense and a lot of data say no, but the Business Cycle Dating Committee, a panel organized by the National Bureau of Economic Research that acts as the official arbiter of US recessions, has not yet pinned down an end date for the contraction it said started after February 2020, around the onset of the pandemic.

The “crash” may in fact have only lasted a few weeks, with an equally dramatic upturn quickly taking root.

Indeed, it could turn out to be the country’s only one-month recession, and will almost certainly be one of the briefest. The shortest one, based on records dating back to the mid-1800s, was a six-month downturn in early 1980, though that was followed quickly by another.

“My guess is that the NBER dating committee will conclude that it ended in April or May,” of 2020, said David Wessel, director of the Hutchins Center on Fiscal and Monetary Policy at the Washington-based Brookings Institution. The committee “wisely, didn’t rush to that conclusion because no one knew if the virus and the recession would come back.”

“I definitely think it’s over,” said Josh Bivens, research director at the Economic Policy Institute, a Washington-based think tank that focuses on labor issues. Even with the existing gap in employment of about 8.5 million jobs missing from before the pandemic, the committee “might even date its end in June or July of last year.”

“The real open question is when we move from ‘recovery’ – getting back to pre-recession levels – and move into ‘expansion’.”

US fortunes stand in contrast to those of Europe, which saw output decline 0.6% in the first quarter of 2021.

Data released last week showed the US economy grew at a 6.4% annualized rate in the first three months of this year and was almost back to the level of output reached at the end of 2019 on an inflation-adjusted basis. read more That’s helping sustain a global recovery along with the rebound in China, which registered first-quarter growth of more than 18%, a figure inflated because it is compared to the sharp downturn of the year before, but still strong.

The US labor market, however, still has a ways to go. The headline jobs gap is large, but the shortfall is also concentrated in the leisure and hospitality industries that may be the slowest to recover given restrictions on some activities like sports events, and the reluctance of some people to mingle too closely.

The NBER panel is cautious. It does not hold regularly scheduled meetings, and likes to let data accumulate “so that the existence of a peak or trough is not in doubt,” the committee states in a description of its methods. In the three prior US recessions since the early 1990s, it declared an end date at least 16 months after the fact, which in this case may point to a decision sometime this summer.

Members of the eight-person committee either would not comment about their thinking or did not respond to emailed questions.

The old rule of thumb, that a recession involves six months – or two successive quarters – where economic output shrinks, isn’t really used any more: By that criteria, there would not have even been a recession this time.

Rather the committee says a recession “involves a significant decline in economic activity that is spread across the economy and lasts more than a few months,” with the criteria all interchangeable. Something that is really bad, like the coronavirus-triggered crash last year, doesn’t need to last so long to be a recession.

In deciding when it ended, the committee looks not just at quarterly GDP growth, but at things like the job market and personal income outside of government transfers. On both those fronts there are arguably question marks. Along with the jobs hole, the stunning growth in personal income recently has been largely the result of government relief payments.

“If we only looked at the economic data, then the trough of this recession was in April 2020,” she said. “However, the economy is still fully dependent on the virus. It makes sense that the NBER wants to be completely assured that we will not see another dip before calling it. And when they do call it, it is important to remember that they are not saying that the good times are here again. They are saying it stopped getting worse.”

In fight against virus, Biden looks for path back to normal

Biden’s first 100 days: Where he stands on key promises