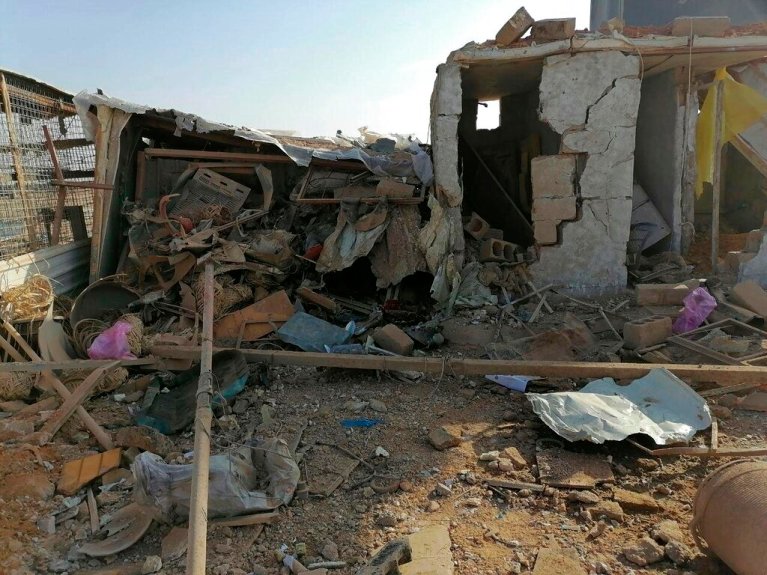 BAGHDAD (AP) — At least three rockets struck Baghdad’s fortified Green Zone near the American Embassy late Tuesday, a day after an attack on a training base south of Baghdad where U.S.-led coalition troops and NATO trainers were present, Iraqi security officials said. It was the fourth such attack in the span of a week.

There were no immediate reports of casualties.

The previous evening, rockets hit the Basmaya base near the Iraqi capital, an Iraqi army statement said. The projectiles landed in an area that includes agricultural land and a factory, according to the statement. No more details were provided.

A Spanish contingent of the coalition and NATO trainers are present at the Basmaya site. There was no immediate confirmation of the attack from the coalition and no militant group claimed responsibility for the assault.

Last Wednesday, a barrage of over two dozen rockets struck Camp Taji, north of Baghdad, killing three coalition servicemen, including two Americans. A British serviceman was also killed. It was the deadliest to target U.S. troops in Iraq since a late December rocket attack on an Iraqi base, which killed a U.S. contractor and set in motion a series of attacks that brought Iraq to the brink of war.

Wednesday’s barrage was followed by another attack, on Saturday at the same site, which wounded five soldiers — three coalition members and two Iraqi soldiers.

The first attack prompted American airstrikes Friday against what U.S. officials said were mainly weapons facilities belonging to Kataeb Hezbollah, the Iran-backed militia group believed to be responsible for the attack.

However, Iraq’s military said those airstrikes killed five security force members and a civilian, while wounding five fighters from the Popular Mobilization Forces, an umbrella organization including an array of militias, including some Iran-backed groups.

Iran-backed Shia militia groups vowed to exact revenge, signalling another cycle of tit-for-tat violence between Washington and Tehran that could play out in Iraq.

Image: The headquarters of Kataeb Hezbollah, or Hezbollah Brigades militia, lies in ruins in the aftermath of a U.S. airstrike in Qaim, Iraq, on Monday, Dec. 30, 2019 (AP)