Exxon, which in 2019 had looked poised to move ahead with a $53 billion project to boost Iraq’s oil output, has been seeking to sell its 32.7 percent stake in one of Iraq’s biggest oilfields, West Qurna 1.

“Exxon Mobil is considering exiting Iraq for reasons that are to do with its internal management practices, decisions, and not because of the particular situation in Iraq,” Kadhimi told a small group of reporters in Washington after talks with President Joe Biden.

“When Exxon Mobil departs, we will not accept its replacement to be other than another American company,” he added, speaking through a translator.

When contacted by Reuters, Exxon said in a statement that it had entered into an agreement with Petrochina and China’s offshore oil and gas major CNOOC Ltd to sell its West Qurna interest in January 2021.

Exxon added that Indonesia’s Pertamina has since exercised its right to purchase the interest that would have been sold to CNOOC.

The statement also said Exxon has filed for arbitration against Basra Oil over Exxon’s sale of the West Qurna stake. It did not mention a sale to a US firm.

“The sale aligns with ExxonMobil’s strategy to focus on advantaged assets with the lowest cost of supply, including developments in Guyana, Brazil and the US Permian Basin,” the statement said.

Securing foreign investment is critical for Iraq, the second-largest producer in the Organization of the Petroleum Exporting Countries (OPEC). Oil revenue represents at least 95 percent of Iraq’s income. 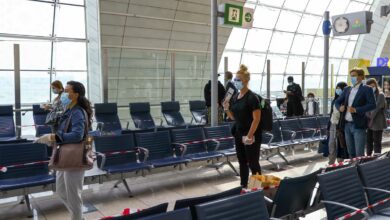